Surgeon Simulator Team Brings Us "I Am Bread" 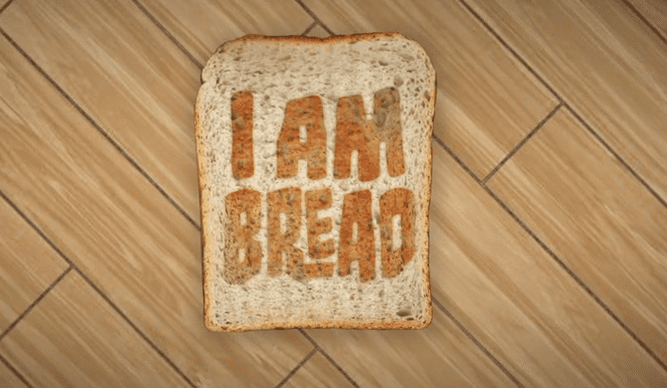 Over the last few months, there have been quite a bit of.."interesting" games being released. First Goat Simulator coming to Xbox One consoles, then Wander, the MMO where you're a shape-shifting tree. However, I think this one is going to take the cake. This wondrous new adventure where you're role-playing as a piece of bread is brought to us from the creators of Surgeon Simulator and developed by Bossa Studios.

I know a lot of you are probably thinking: "Not another one of these stupid simulator games". Well, as the saying goes, don't knock it till ya' try it! In I Am Bread, your main goal is to get the bread into the toaster. I can probably speak for a few people when I say that's going to be easier said than done. Check out the official trailer below to see what playing I Am Bread is going to be like.

I bet you have a different opinion of this game after seeing the trailer, no? If you paid close attention to the video, you'll notice that in the upper corners there are two meters labeled "EDIBILITY" and "DELICIOUSNESS". We can correctly speculate that these meters will be affected depending on the types of dubious activities you take part in during your crazy journey to the toaster. For you jokers out there, I can assure you that bread-humping everything in sight and falling into the toilet will probably not get you too far in the elaborate plan that the universe has set up for you.

According to Polygon, the game first came to light during a game jam where this vine was posted. The Vine consisted of a piece of bread attempting to climb up a wall.

I'm not going to lie. This game actually does look like it'd be a lot of fun to play when I don't have anything to do. Not really to actually get into the toaster, but to explore the environment and find out what I can and cannot do as this glorious piece of sentient bread. What do you guys think about I Am Bread? I hope to see you all in the toaster!