Surface Pro 3 gets a release date 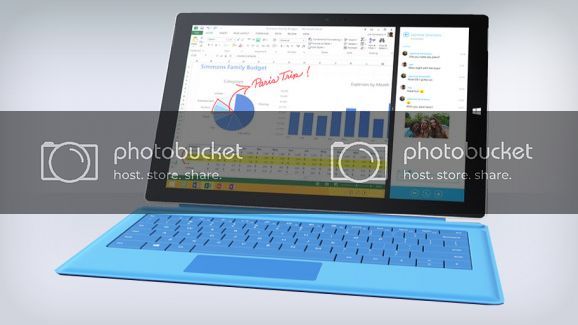 ​
The rocky road that Microsoft has decided to endure with releases of the Surface tablets may finally be getting a paved road ahead. Microsoft came out on Tuesday the 20th, stating that they have a set release date for their long awaited Surface Pro 3 Tablet. You can pre-order the Surface Pro 3 starting May 21st from the Microsoft store, Microsoft-branded retail outlets and select third-party retailers. The release date for the US and Canada is set for June 20th 2014. Ask for the UK and Australia, you'll have to wait until "the end of August" to get your hands on one. Along with 26 additional markets.

Microsoft is pitching the Surface Pro 3 as a "a full-on laptop killer that's large enough to give you the desktop real estate required to be productive while remaining thin and light enough to be portable." At 12 inches, its display is the largest on any of the Surface tablets that we have seen and it's pixels are more than we've ever seen as well. The pixel resolution is 2160 x 1440, it bests the panels found on the Surface 2 and Surface Pro 2, and according to Microsoft, "provides 6% more content than devices with 13-inch displays due to its 3:2 aspect ratio. It weighs 800g(1,76lbs), compared to it's competitor, Apple, it's much lighter than the 13-inch MacBook air weighing in at almost 3lbs(2.96lbs). It's being offered with a Core i3, i5, or i7 Haswell processor depending on the power you're wanting to harness in this new Surface(not to mention the size of the hole you're willing to punch in your wallet). 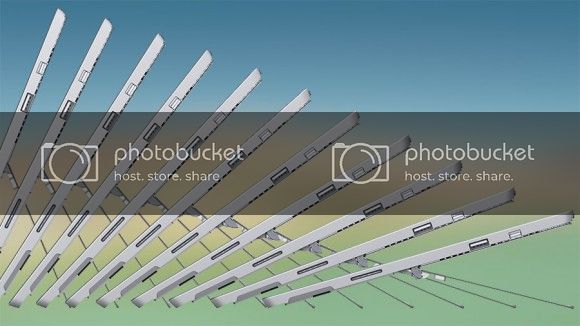 As well as the Surface 1 and 2, this Surface will also be included with a multiple-position kickstand. Only difference with this one is that the kickstand on this Surface has a "friction hinge" which allows it to recline to any position up to 150 degrees, which Microsoft is calling "Canvas Mode," suitable for drawing. You'll be able to draw, doodle, and jot down notes in this 150 degree angle with the new Surface 3 pen, which powers on the device as well as launches OneNote when pressed to the screen. By clicking the pen, you can save your doodles straight onto OneNote's cloud storage. You can also double-clicking with the camera open will take a photo that can be scribbled on in-app.

Ask for connectivity options? The Surface Pro 3 has 802.11ac WiFi, Bluetooth 4.0 LE, USB 3.0 and a TPM 2.0 chip. Its front-facing speakers are 45 per cent louder than previous generations, and front and rear-facing cameras are capable of shooting 1080p video and taking 5-Megapixel photos. Which also includes: an accelerometer, gyroscope, magnetometer and an ambient light sensor. It's lacking GPS and 4G, however, both of which made an appearance in the last Surface device outed, the Surface 2 4G. The new Surface Pro 3 may seem like it's a really expensive note-taking tablet with a few cool functions at this point, but I believe it will have a lot more in store come closer to release date and after a few runs with the prototype.

Brandon
My name is Brandon and I'm currently studying Journalism at San Diego State University. I first came onto writing as a dream of mine in 2008 when I started a blog dedicated to the San Diego Chargers. Now I write for a couple of SBNation blogs and am interning at the OC Press.