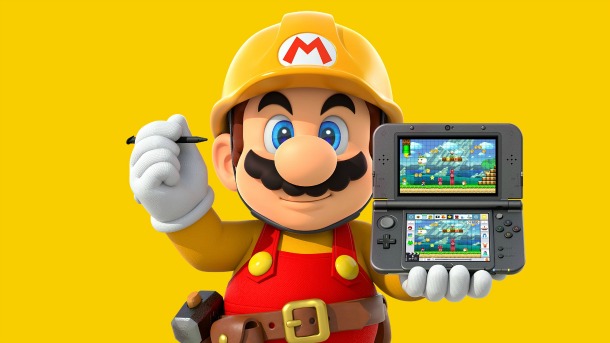 ​
With the release of Super Mario Maker's 3DS version coming up soon, Nintendo has now released an overview video that aims to help you understand what the game is all about.

The video shows off the course-creation game's toolsuite, which allows players to assemble levels basically however they want. The game comes with 100 built-in levels, though not every one of the Wii U edition's courses appears in the 3DS iteration. The 3DS version lets you share levels with friends, but only across local wireless.

Additionally, players can create levels collaboratively by sending work-in-progress stages to other users. Also, the 3DS version has all the items from the Wii U version except for the mystery mushroom and corresponding costume.

Super Mario Maker for 3DS launches on December 2. The game does not have any 3D functionality.

Super Mario Maker scored a 9/10 in GameSpot's review and was a contender for Game of the Year. Critic Justin Haywald said, "The first time I discovered that not only could I make a giant, flame-spewing piranha plant, but I could also make it fly, I cackled with horrible glee at the possibilities. And for the first time in a creation-focused experience, I look forward to returning again and again for more than just the amazing levels I know other people will create. I want to keep making my own levels better. The game won't necessarily turn you into the next Shigeru Miyamoto, but you can almost feel a little bit of that magic rubbing off every time you upload a new creation."

It's one of the best-selling Wii U games from Nintendo ever, having sold more than 3.73 million copies around the world as of September 30. Notably, this number includes copies sold in Wii U bundles.

If you're in the market for a 3DS, various retailers will offer the New 3DS (not the XL edition) for $100 on Black Friday in a special-edition black or white model.