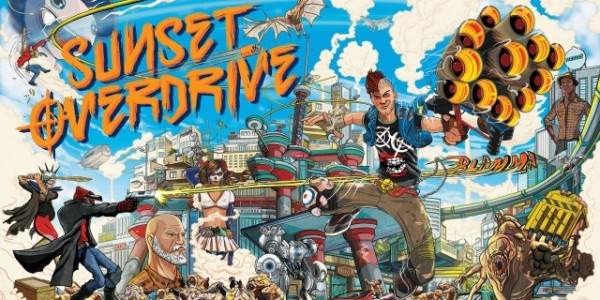 News has just surfaced that the new Xbox One exclusive title, Sunset Overdrive has "gone gold". For those unfamiliar with the term "going gold", it's when the title has officially been completed and can be released onto a physical copy of the game to make its way to your Xbox One. The developers have complete access to the whereabouts of the game and whether it'll be going ahead of its release time or not, currently the developers have no plans to change the current release date happening later this month. Xbox One users will be allowed to pre-download the game as of today while those wanting a physical copy can have the game pre-ordered and wait for their copy to arrive. To freshen up our minds of what Sunset Overdrive has to offer us, let's open the door to the fictional world of Sunset City!

The game's plot takes place in the fictional dystopian open-world of the metropolis, Sunset City during 2027. The player takes the role of an employee from the fictional energy manufacturer, FizzCo. In celebration of their new energy drink, Overcharge Delirium XT, the company throws a gigantic party to honor the drink. Little do the people know, over consumption of the drink leads to mutation and turns almost the entire population of Sunset City into monsters or also known as the OD'd. Players can alter their character's appearance to the player's liking. It's up to the player to eradicate the city of monsters and take back Sunset City! 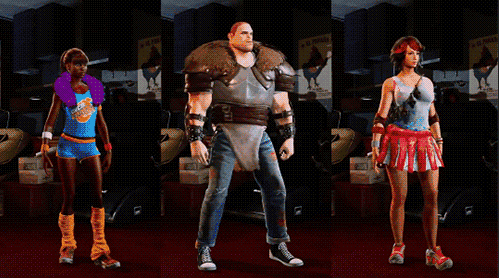 Sunset Overdrive relies all on agility, the city is filled with many obstacles that allows the player to run on walls, navigate through zip-line, and have a touch of acrobatics to roam freely around the city. Developers Insomniac Games (IG) have already stated that there will be no such thing as barricading your character behind objects. This means that the player will have to focus on fast paced one on one combat against the OD'd, no more taking cover behind the car waiting for your health to recover. The player will be allowed to hold up to eight weapons of their choosing, two samples IG has given us include the AK-FU, a standard assault rifle, and the TNTeddy which is similar to a grenade launcher that has sticks of dynamite attached to a teddy bear. One interesting feature this game utilizes is the complete absence of using the reload system. The weapon can run out of ammo, but you'll never have to reload a weapon which also adds on to the fast paced action theme of the game. Weapons can be upgraded by using in-game modifications called "Amps" that increase the damage to the weapon it is applied. The game also uses a "Style Meter" that allows the player to gain "style points" from doing certain elegant tricks such as gaining multiple headshots in a row or grinding on the rails without touching the ground. 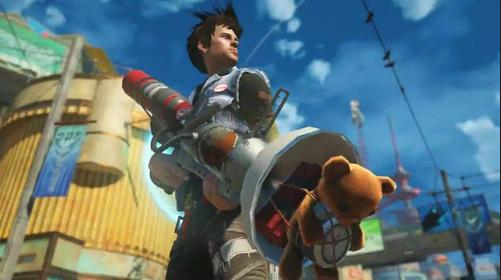 Earlier this week, IG unveiled the entire achievement list on their official website. The game will have a total of 64 achievements which gives a whooping 1,000 gamerscore for all the achievement hunters out there. However, there will be 10 secret achievements for the people to figure out the secret to. IG has not given out any information whether more achievements will be added in the near future as downloadable content. Some the achievements seem to be extremely easy and seem as though no input was put in from the developers, for example "Overachiever" requires the player to "earn an achievement" for a mere 5 gamerscore. Doesn't seem like a lot of work was put into implementing certain achievements.

Apart from it's single player storyline, the game also includes a multiplayer mode titled Chaos Squad. It allows up to eight players to join in one session and fight against the OD'd. Players will have to fight off waves of monsters while defending containers of the energy drink and importantly, stay alive. This mode will be perfect for the competitive gamer as you not only fend of the OD, but to gain more style points than the other players. Check out the video below to get a preview of what the chaotic mode has in store for Xbox One players:

Different variants of the game will be available via pre-order or at launch. If you didn't get the limited edition white console of the Destiny bundle, now's your chance to obtain the jaw dropping console once again. The Kinect-less Xbox One bundle includes a "Cirrus White" Xbox One console and controller as well as a digital copy of the game for $399. IG announced that Day One items will be available at launch and will include a Fizzie outfit (mascot of the energy drink) and two brand new weapons: Nothin' but the Hits, an overcharged alteration of the "High Fidelity" gun and Hardcore! Hammer, a hammer made from a bat and spiked dumbbells. Players who pre-order the game via Xbox Live will receive two more additional melee weapons: Acordes de la Muerte and The Hangover as well as the Day One weapons. Additionally, if you're still not satisfied with these extra upgrades, you can choose to pre-order the Digital Deluxe Edition priced at $80 that includes the season pass, two special "amps" for your weapons, two traps for more fun ways of exterminating the flesh, and six exclusive outfits to use on your character. However, the season pass can be purchased for $20 without the need of purchasing the edition. The season pass gives the players two new campaign extensions and four brand new weapons.

Right off the bat the game reminds me of a mix between the Skate and Dead Rising franchises. You're able to grind on many obstacles around the map and mess around with the opponents (in this case, monsters) in-game. The style meter Sunset Overdrive uses reminds me of a skating game in where players have to do different tricks in order to obtain a higher score. The chaos squad that is introduced in this game seems promising since you're both competing against the monsters and your teammates. Another thing that caught my interest was the variety of weapons in the game through pre-order it seems that IG have provided more than enough weapons to satisfy me, not including all the other weapons you can obtain by progressing through the story. I believe this will be a great exclusive for the Xbox fan base and I'll be hoping it will stay exclusive to the Xbox One.

Sunset Overdrive will be available to download via Xbox Live for North America on October 28 and October 31 for Europe. Tell me Se7ensinners, will Sunset Overdrive turn heads for Xbox One users, or will it just be a one try, one deal sort of game?