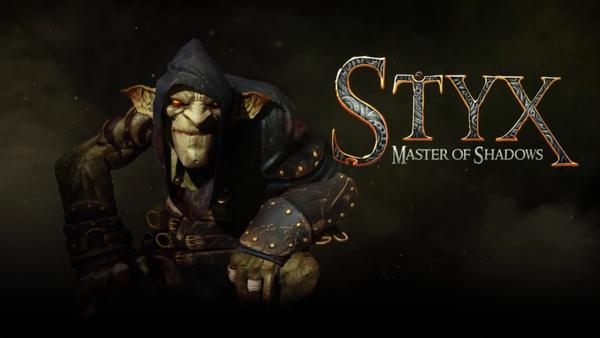 It is that time of year again, when we are showered with huge AAA titles on all platforms, and this year it is a lot to look forward to. We have been waiting for months for games like Destiny, the next Call of Duty, the Master Chief Collection and truckload of other highly anticipated titles. We have been teased, we have been playing betas intensively and we have been watching E3 and PAX and all the other expos for bits and pieces of news about these. But there are more games than just the heavy hitters that are presented around the same time, they just have a tendency to get lost in the hype of the others. One of the games presented on E3 this year, that I completely missed, is Styx: Master of Shadows.

It is a pre-sequel to Of Orcs and Men, a fantasy action RPG released 2 years ago on PS3, Xbox 360 and PC. It was a game you would either love or hate, the fast paced, hectic action would put some gamers off, but it was beautiful, hilarious, and even occasionally thoughtful, a one-of-a-kind action-RPG that when it hit its mark, it did so with vigor. This new installment is not really in the same genre, but more of a stealth game. You are the first of Goblins, and set in the same world as Of Orcs and Men you are looking to find out more about your origin, and acquire some serious loot on the way. Using your sneakiness, your brutality and your special abilities, you traverse the environment in all directions, killing anything in your way. Without being spotted by the elves or humans guarding the World-Tree, which heart you intend to steal. Some of the abilities at your disposal is the power to render yourself invisible, clone yourself and use Amber, the games equivalent of magic, to see enemies in the dark. You have 6 skill trees that you can play around with as you progressively level up and become more powerful. Combining your special abilities, the diversity of the skill trees and the large and detailed surroundings you have to interact with, this looks like a playground I would like to visit. Did I mention you can vomit up a clone of yourself?

Developed by Cyanid Games and published by Focus Entertainment, Styx: Master of Shadows will be released on PS4, Xbox One and PC this October. Take a look at the "Assassins Green" gameplay trailer that was released today:

Do you think you will take a second look at this game in between raids in Destiny, raging in Advanced Warfare and all those other big titles to even consider this game? Or do you think it will be a nice change when you feel like playing alone for a while?