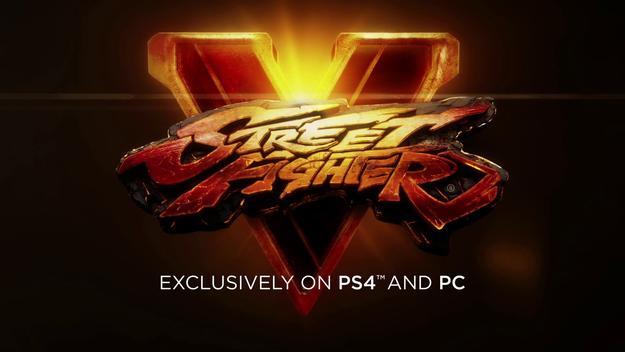 It seems that Capcom might have let slip one of their planned announcements a little early. Mr Street Fighter himself Yoshinori Ono is attending the PlayStation Experience in Las Vegas this weekend, and it would make more sense that any reveals would be presented there or at The Game Awards later today. But this morning Street Fighter V was announced with a new teaser trailer via CapCom's YouTube channel.

The teaser was later removed, which strongly indicates that it was a mistake. Like Tekken creator Katsuhiro Harada said on Twitter:

The trailer does not tell us much, but it gives a short insight into how Street Fighter as a franchise has evolved over the years. According to the video it looks like Street Fighter V will be exclusive to PlayStation 4 and PC. There is very little information on this yet as Capcom has not made a comment about it. So we don't know whether this is a timed exclusive like Rise of Tomb Raider for Xbox, or if it will remain on PS4 and PC only forever. Some suggest this may apply in Japan only, where the Xbox One has a very small part of the market. There has been no confirmation on this at all. But Ono has an announcement to make at the PlayStation event on the 6th of December so it doesn't look very promising for Xbox One owners.

Several sources had the teaser up on YouTube after Capcom removed theirs, but they keep getting taken down. Some gifs are still available thanks to Kotaku:

No mention on the time of the release has been mentioned. Until Capcom comes out with as official statement, everything will be left to speculation. But we can expect to be informed on this matter during this weekend, which looks to be a very interesting one to say the least.

Are you looking forward to this game? And what are your thoughts on the exclusivity?