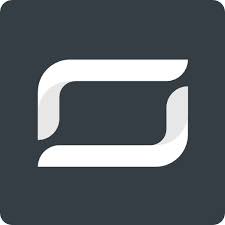 ​
Back in April 2012, Kevin Wang, Aditya Rathnam, and Matt Zitzmann set out with one goal, 'to get people to interact through broadcasting'. Based in San Francisco, California, the service began as somewhat of a video on demand platform, offering game replays to users via mobile apps and their website.

The service continued to grow, and in July of this year it was decided to make the switch and become a stream watching and sharing platform. This was a revolutionary idea, as mobile gaming has become more and more popular over the past few years and yet, the ability to stream to audiences from them was a long and difficult path of connections and wires.

Kamcord started out this way too. In July when the company made the switch, you needed to be beside your PC and also have your PC connected to your mobile device to be able to steam. But now, things have changed. With the latest patch to their app, Kamcord developers have been able to allow users to stream from their mobile device (through a wireless or mobile network), directly to their servers. This has disposed of the need to be beside your PC and has opened up a whole new area of custom and traffic for the small start-up. Users can now stream from anywhere they can get connected to a network, and with Kamcord using a recent boost in funding of around $16 million, they have also been able to start new offices in Seoul, Korea, and Tokyo, Japan.

Kamcord bosses expect this boost in funding from companies such as Wargaming, Gungho, and League of Legends owner Tencent to help them to increase users in both hemispheres, with co-founder Aditya Rathnam saying “Our pool of broadcasters is about to rise from tens of thousands, to hundreds of millions”.

Kamcord has received investment from thirty-three different investors, which is no mean feat. With funding for the project totaling nearly $30m ($27.27m). This company seems to be doing well and by all signals seems to be heading for great things.

Sadly for Apple users, while you can still download the app and view streams, Apple devices lack the required API's to be able to stream to the service. So for the foreseeable future, at least, you are left in the rain.