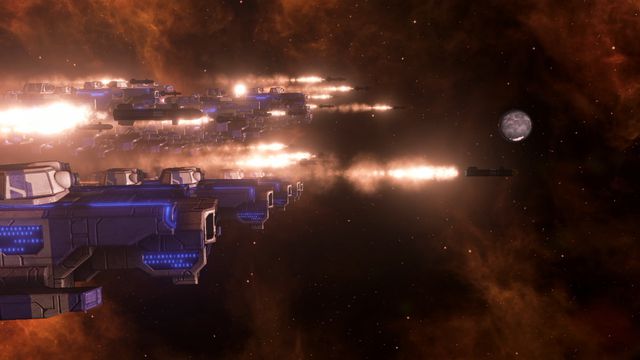 When Stellaris: Console Edition launches on Feb. 26 for PlayStation 4 and Xbox One, it will be the first grand strategy game ever released for modern consoles. So how do you fit such a notoriously fiddly format onto a controller? The team at Paradox started by tearing down the entire user interface and then rebuilding it with the help of the experts at Tantalus Media, the same team responsible for the port of city-builder Cities: Skylines.

“I’m very surprised and very happy with how it actually works,” Paradox game director Daniel Moregård told Polygon in an interview last week. “Most of our job has been feedbacking it, giving pointers, and making sure that the controls never lie to you and are always accurate.”

Moregård said that the majority of the new UI relies on the D-pad common to both consoles. Using the right button, for instance, takes players to the traditional “outliner” along the right-hand side of the screen on PC. Once there, players can select from a laundry list of in-game objects, like planets, fleets, or individual ships. Once they’ve brought up the object that they want, it’s a simple tap of the shoulder button to centre the map in the right location. 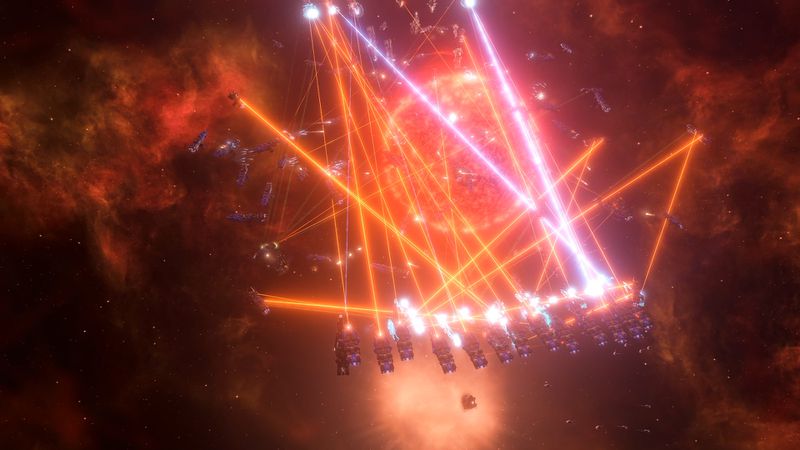 The other buttons on the D-pad have similar functions along the top, bottom, and left-hand side of the screen.

As far as the features that make each major console’s controllers unique, the only bells and whistles come on the PlayStation 4’s DualShock 4 gamepad. Paradox explained that while the game doesn’t make use of the motion controls, it does utilize the built-in touchpad for tabbing through menus.

Another major hurdle, Moregård said, was adjusting the in-game camera. On PC, players are able to use multiple buttons on the mouse and keyboard to move, spin, tilt, and otherwise alter the direction of the in-game camera. For consoles, he says the team opted for a similar approach, but with a slightly different feel. 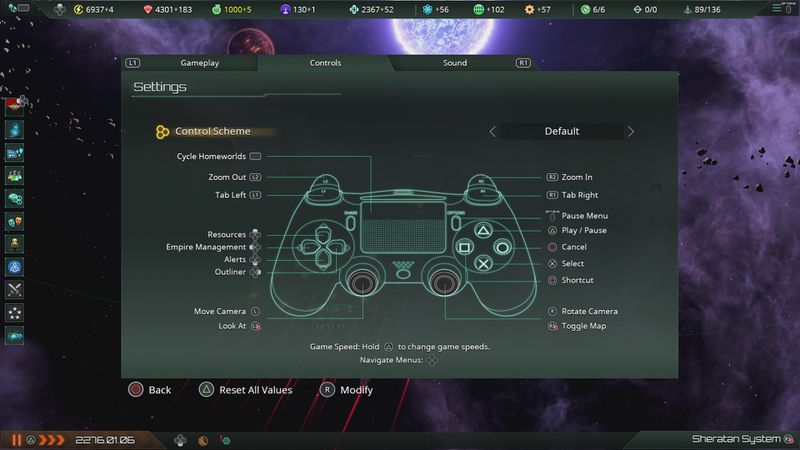 “What we have now is we have the camera fixed,” Moregård said, “and what the left stick does is, it moves the camera around so you can move it left, right, up, down. But you can also angle it, and we feel that works a lot better than trying to mimic how it works on a PC.”

There are no plans to support keyboard and mouse on either console at this time; Moregård said that the decision came down to a lack of time and resources. Paradox wasn’t eager to add the challenge of porting the game to consoles by also reinventing the interface to work with both controllers as well as keyboard and mouse at the same time.

Stellaris: Console Edition retails for $39.99, while the Console Edition Deluxe goes for $59.99. It includes the Leviathans Story Pack and the Utopia expansion, both of which I highly recommend.