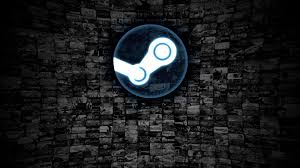 Steam users can now play a couple of new games for free on PC. This weekend, players can try out a pair of Warhammer titles, including Warhammer 40,000: Dawn of War III, which is also available at a discount for the next couple of days.

Starting today, Steam users can download and play the real-time strategy game at no cost. The free trial gives you access to the full game and runs until Sunday, October 22, at 1 PM PT / 4 PM ET / 9 PM BST.

The Warhammer 40,000: Dawn of War III free weekend coincides with the release of the game's new Endless War update, which Sega says is the "biggest post-launch content release" for the real-time strategy game yet. The update adds three new Elites and five cosmetic skins, as well as custom match options. The update also introduces a trio of new multiplayer maps to the game: Shrine of Asruyan (1v1), Serpent Chasm (2x2), and Da Extractor (3v3).

In addition to the free trial, Steam is currently offering a limited-time sale on Warhammer 40,000: Dawn of War III. Beginning today, users can purchase it for $20/£15, 50% off of its usual price. The sale will only be available until 10 AM PT / 1 PM PT / 6 PM BST on October 23. You can learn more about the title in GameSpot's Warhammer 40,000: Dawn of War III review.

Dawn of War III isn't the only Warhammer game Steam users can play for free right now. Steam is also offering a limited time free trial of Warhammer: End Times - Vermintide. Players can try the title at no cost until Thursday, October 26. It's also available for a discounted $7.50/£5.75 until that day.