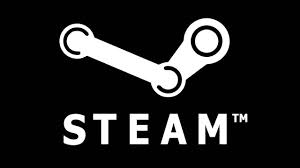 PC players looking for something new to try this weekend now have another option. Right now, Boss Key's multiplayer shooter LawBreakers is free to play via Steam.

For a limited time, Steam users can download and play LawBreakers at no cost. The free trial runs all weekend and concludes on October 2 at 10 AM PT/1 PM ET. Everyone who plays the game this weekend will also be entered into a giveaway. New users who play 50 matches will be eligible to win a copy of the game, while existing players who do the same have a chance to win Stash Drops. You can find more details about the giveaway here.

If you've yet to purchase LawBreakers, you can pick up the game's standard edition from Steam for $22.49 until October 4. The Deadzo Deluxe edition, which includes exclusive DLC items such as character and weapon skins, is likewise on sale until that day for $29.98. While the free trial is only available on PC, PS4 owners also have a chance to pick up LawBreakers at a discount for a limited time. From now until October 3, the standard edition of the game is $22.49, while the Deadzo Deluxe edition runs for $30.

In addition to LawBreakers, PC players can also jump into Call of Duty: WWII's free open beta this weekend. The beta runs until October 2 and includes four maps, four multiplayer modes, and the other content featured during the final weekend of the console beta.