Steam Will Soon Require All Game Pages to Show Screenshots, Bullshots Not Specified 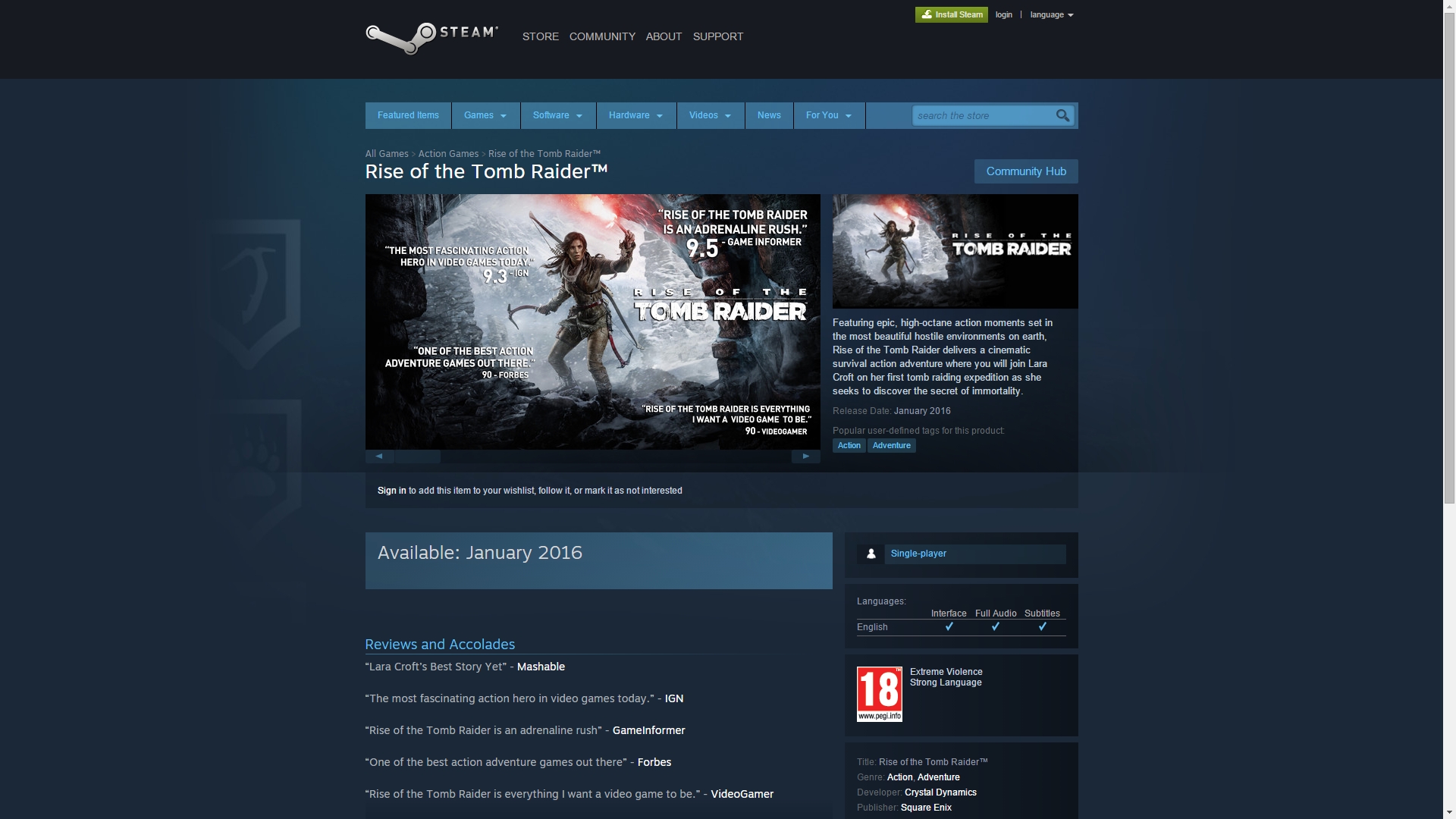 Steam will soon require developers to only use screenshots in the relegated area on their store pages. Valve sent a notice to developers with this announcement, which was then shared by Facepunch forum user Sanjuaro.

The new guidelines come with the next store update, titled "Discovery Update 2.0," which is a "couple week away from going live." While Valve used the term "game" in its announcement, it clarified that the guidelines apply to any product that appears on Steam.

The notice starts with Valve stating it hasn't been "super crisp" on screenshot guidelines in the past, adding that it "would like to take this opportunity to clarify some rules in this space." Valve said that it's going to show screenshots in more places on Steam, and it noted that non-screenshots, such as concept art and pre-rendered stills, make it harder for customers to understand what game they're looking at.

"We ask that any images you upload to the 'screenshot' section of your store page should be screenshots that show your game," Valve stated. "This means avoiding using concept art, pre-rendered cinematic stills, or images that contain awards, marketing copy, or written product descriptions. "Please show customers what your game is actually like to play." 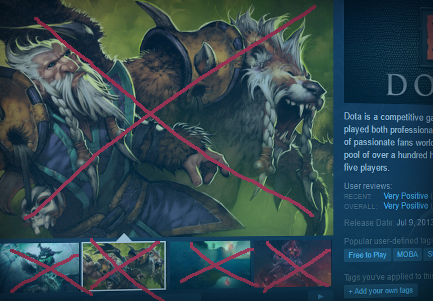 ​
Valve noted that developers could still include stuff like marketing copy, awards, and game information on their store page, but it should be placed in the appropriate spaces that are already available for such things. The developer also didn't shy away from pointing out that it could be better at this, too.

"Dota 2 is an example of where we were doing it wrong ourselves," Valve admitted. "We're now in the process of updating Dota 2 to use screenshots of the game rather than artwork."

As you can see on Dota 2's Steam page, the concept art has been replaced by in-game screenshots. It's worth nothing that Valve didn't specify developers can't use bullshots, which are pre-release screenshots often taken at different angles and with more visual fidelity than a player would experience in the final game. We've contacted Steam to clarify whether these will be allowed.

You can see a full screenshot of the notice provided by Sanjuaro here.