Steam Games Continue to Release at an Astounding Rate 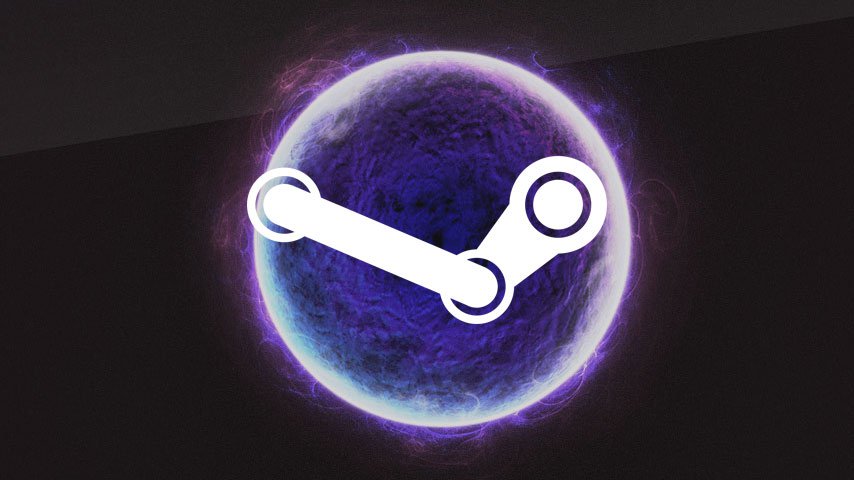 Just let this sink in for a moment. Take the time to truly consider the fact that 38% of ALL Steam games were released in 2016.

This shocking pie graph comes to us thanks to a tweet from Steam Spy, a tool that uses Steam’s web API to derive statistics about its catalogue of games. It seems that the number of games being released on Steam each year have been steadily increasing, with 4207 coming out in 2016 alone. 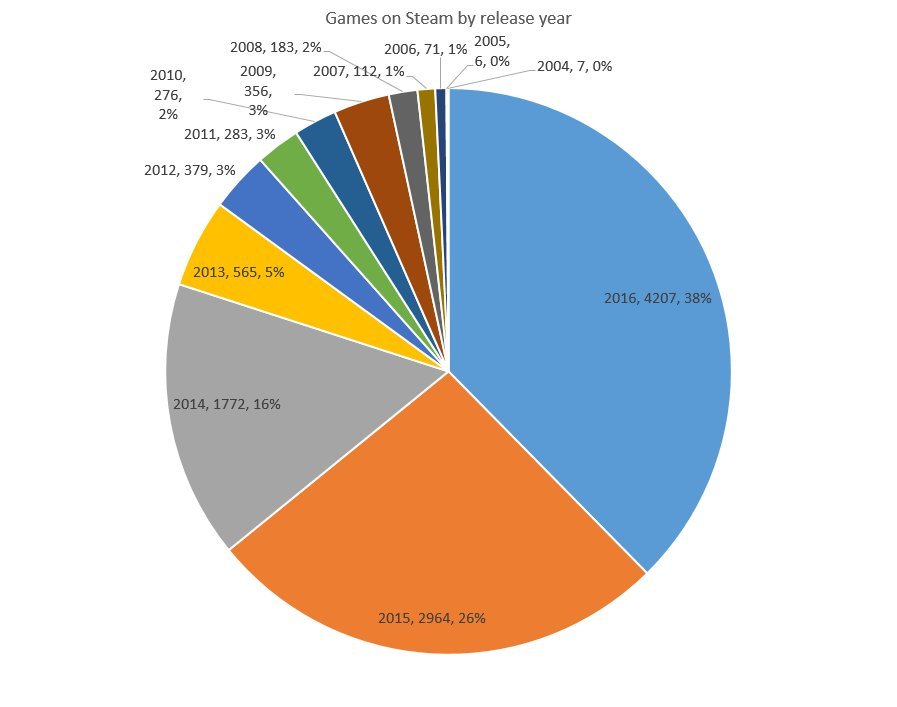 There are likely many causes for this steep incline in releases, but the fact that Steam relinquished curatorial control over the games submitted to its platform would be one. In 2012 Steam Greenlight allowed Steam users to vote on whether submitted games should be made available for sale on the platform. This reduced the amount of work and hand-picking Valve staff were required to do in order to keep up with the number of games being made each year.

The increased accessibility to high-quality, free game development engines would be another reason for this increase in releases. Tools like Unreal Engine, Unity, Game Maker, and more allow anyone to make and release games, meaning there are simply more games being made each year. Given that Steam is a hugely popular platform, it makes sense that these two values would increase in-kind.

In a tweet-reply to Kotaku’s Luke Plunkett, Sergey Galyonkin noted that the data presented in the pie graph is designed to filter out all DLC, movies, software packs, and games without owner data, meaning that it should only represent full game releases.