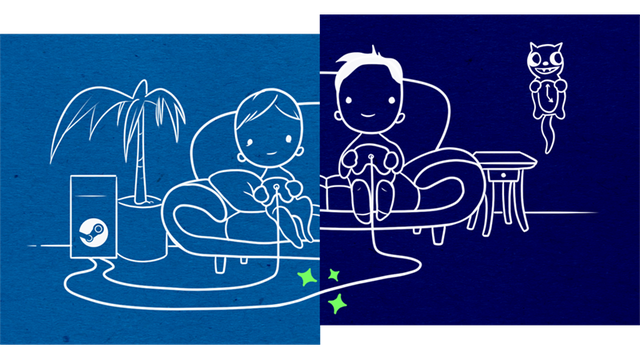 A few weeks ago, Valve announced an upcoming Steam feature for fans of local multiplayer games like Towerfall Ascension or Nidhogg. Instead of forcing players to invite their real-life friends over to play video games with them in person, players can now connect over the internet through the new Remote Play Together feature. This new feature hit Steam’s beta program today.

In the announcement, Valve revealed up to four — sometimes more — players can join a remote play lobby together to experience local co-op, local multiplayer, and shared/split-screen games. The best part is that only the hosting player needs to own whatever game the group is playing.

Each player’s input should behave as if it’s plugged into your computer, Valve said — and only the game is displayed to your pals, not your desktop.

Over the beta period, Valve intends to stabilize the network connection and optimize it to better work across different hardware. Steam Remote Play Anywhere is available now, in beta for all players.