​
State of Decay is a free-roam zombie apocalypse survival sandbox game. You must do whatever it takes to survive, including scavenging for the group of 10 or more survivors, or completing the various side missions available. These missions determine the player's fame, which is the overall influence on the player's role in the group.

​
Price: $19.99 via Steam​
​
The Plot​
In the beginning, you start out as Marcus; a tough, well put together person with a history. Stranded with his friend Ed in the mountains, you must seek shelter from the "zeds". After scavenging the area for supplies and other necessities, you end up leaving (which I cannot tell because I'm not releasing spoilers in this.) A camp / group of survivors at the local church takes you in. They do have their fair share of problems as well, especially Alan.

Game-play
Since the main goal of this game is to survive, scavenging is a tedious task. Every house is enter-able, providing space for supplies that you must scavenge! This is only one of the tedious things you must do, as the other are side missions. Side missions range from spying on army men, to taking care of morale issues within the group. Usually the morale issues are taken care of by bashing a few zed's skulls in. 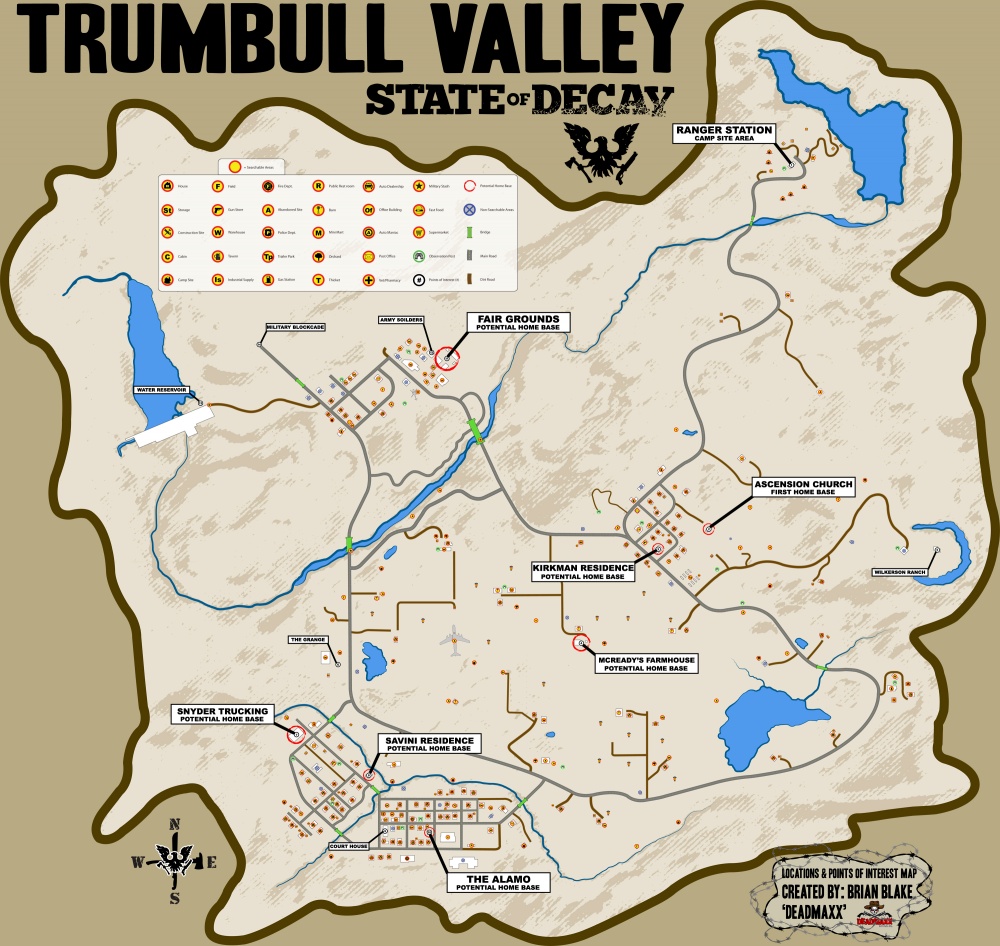 Graphics
When State of Decay came out on June 5th this year for Xbox, I was very impressed with the graphics - especially with it being an arcade title. Since then, porting to PC game-play, they've needed to step up their visuals including the graphics field. The game has a setting for ultra graphics, which basically is just an intense motion blur. At max settings, State of Decay is truly visually orgasmic. Games can be played on 1080p, with a 1920x1080 resolution.

Pros
-The game is an open-world sandbox. This means you are free to do whatever, without limits.
-The map is huge. Driving from one town to another takes about 4 minutes going full speed.
-Loads of zombies to kill (including special zombies as well as hoards.)
-Did I mention driving?

Cons
-Scavenging is tedious, and rucksacks are needed to replenish the groups available stock.
-Rucksacks are taken back to the camp for distribution, and have to be brought back there, not an outpost.
-Hordes of zombies can impact your group if they get too close to the camp.

Overall Rating
8/10 - This game has many aspects it takes to survive a real zombie apocalypse, but gathering these resources is a painful and tedious task.