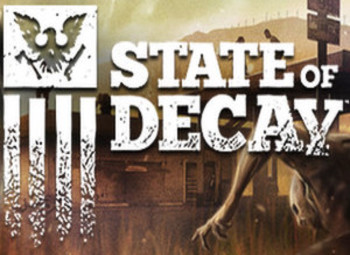 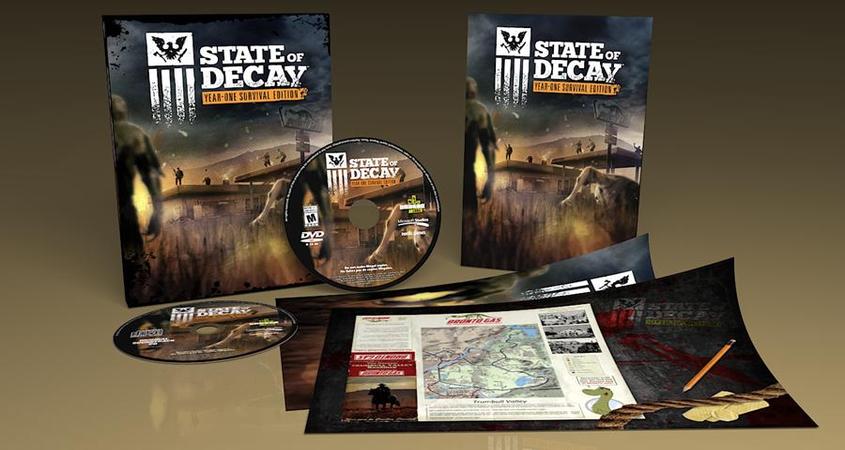 State of Decay: Survival Edition is a PC exclusive release, and will include both DLC packs already released for the game, a clamshell case, the game's soundtrack on CD, a poster, and a copy of the game on DVD, which will require activation through Steam. This release will be the first ever physical release of the game on PC, as all previous PC release have been digital. Additionally, State of Decay 2 was shown at E3, and you can check out the trailer below.

State of Decay 2 is currently listed as a Xbox One exclusive, but will be coming to PC through Microsoft's Play Anywhere system. The trailer kicks off with a man and a woman driving in a car, running over zombies as they make their way to a gas station. Upon arrival, they meet up with a few other survivors, and see a bright red light in the distance. They drive after it, and that's as much as we see of them. From then on we get snippets of gameplay and combat, and glimpses of characters. The game will focus on multiplayer, with the motto being "Nobody Survives Alone." It isn't currently known how this multiplayer will work, though.

State of Decay is a third person zombie-survival horror game, with tons of elements from other game genres sprinkled into the mix. It has traces of shooting games, stealth games, role-playing games, strategy games, puzzle games, and many more genres, making it a bit of a gaming oddity. The game plays similar to The Last of Us, with a world and environment similar to The Walking Dead. The game is heavily dependent on the players leadership skills, as there will constantly be problems that need solving, such as supply up-keep, group trust and morale, hideout defenses, keeping the zombie population cut to a manageable size in important locations, and, most importantly, the lives of your group members. There are 150 total characters than can be recruited and played as, all with unique and varying skills, abilities, and flaws, because nobody is perfect. Characters also have an attitude meter, which can be affected by things like the death of a friend or family member, or accomplishing or failing a difficult task. A characters attitude can change how the character acts, and can sometimes lead to them leaving your group if not treated.

State of Decay: Survival Edition releases on August 9, 2016, with a starting price of only $20. State of Decay 2 doesn't have a confirmed price or release date yet, but it is known that the game will release sometime in 2017.

Do you plan to buy a physical copy of the PC version? Are you interested in State of Decay 2? Let us know in the comments!