Star Wars Battlefront III Confirmed to Be a FPS 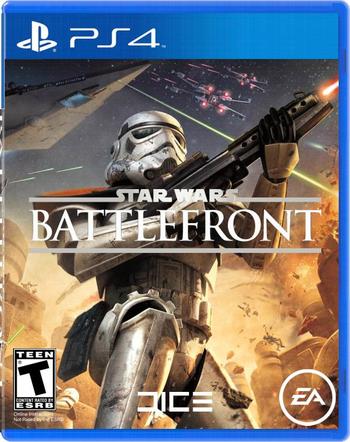 This statement bothers many long fans of the series, as the Battlefront games have always been in third person. This statement has also caused discussions among fans regarding the possibility of first person mode only being optional and not mandatory, as seen in Grand Theft Auto V. Rockstar did a great job with allowing players to toggle between first person and third person mode, and many fans of Battlefront hope that EA will do a similar work of beauty with Battlefront III.

Personally, I am not bothered by this statement. I grew up playing the first two Battlefront games, and third person mode was not what made those games intriguing to me, so I will not be reluctant to let that feature go. I do hope to see what is in store for the game as far as online play, vehicles, maps, and offline play, but I don't mind what mode I'm viewing my player from while on the game.

Now that this has been confirmed, fans only need one thing: the release date of the game. Fans hope that the game's release will be announced at this year's E3 event.