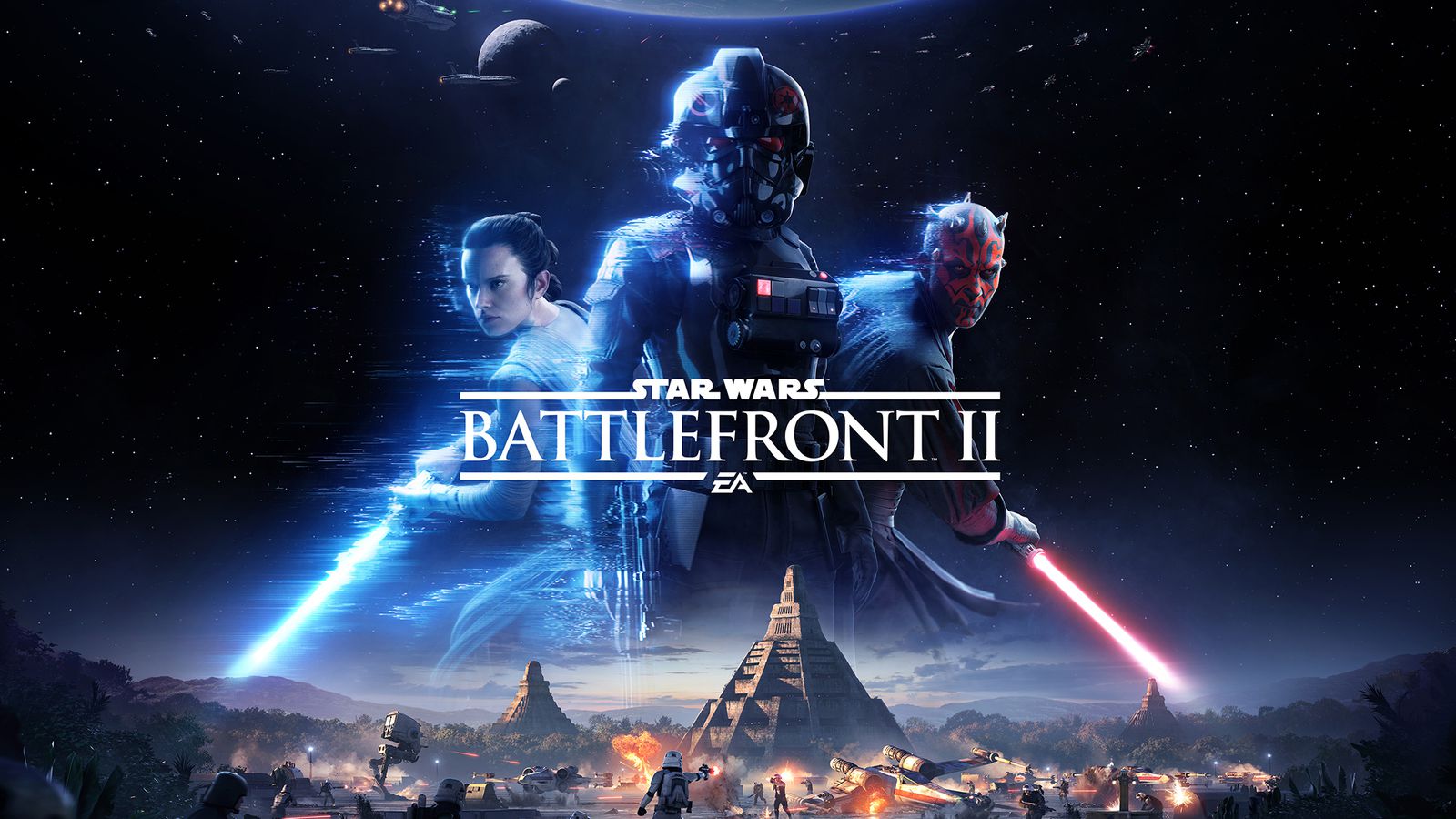 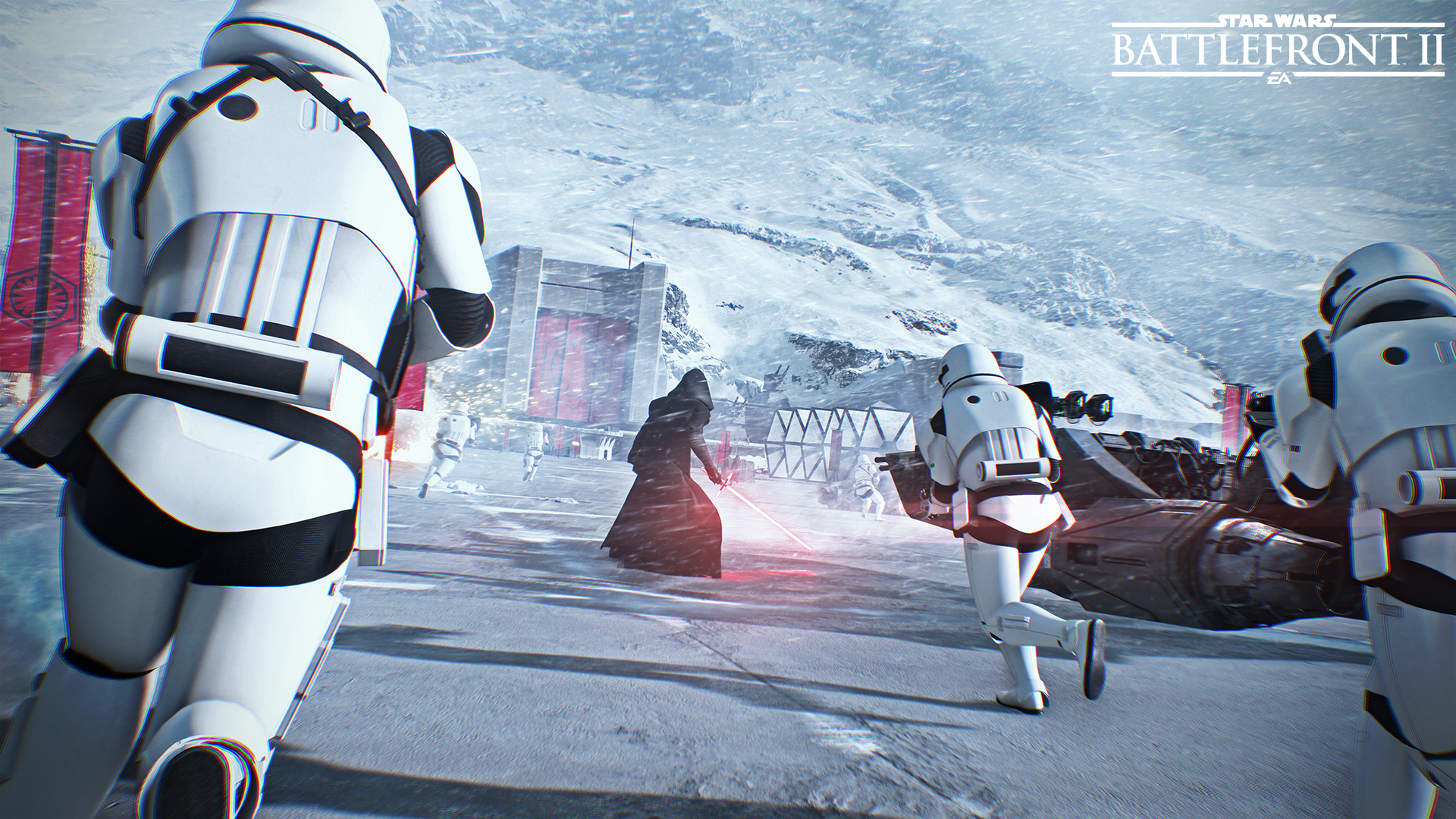 ​
[UPDATE] DICE executive producer John Wasilczyk released a statement on Battlefront II's controversial loot box/microtransaction system today. He explained that change will be a constant for Battlefront II as it pertains to changing the in-game economy, with tweaks coming as DICE considers and responds to player feedback.

Specifically, Wasilczyk said DICE is aware of the feedback that it takes too long to unlock heroes like Luke Skywalker and Darth Vader. "Unlocking a hero is a great accomplishment in the game, something we want players to have fun earning. We used data from the beta to help set those levels, but it’s clear that more changes were needed," he explained.

"Based on what we've seen in the trial, this amount will make earning these heroes an achievement, but one that will be accessible for all players," Wasilczyk said. "It's a big change, and it's one we can make quickly. It will be live today, with an update that is getting loaded into the game."

However, Wasilczyk made no mention of a refund for people who paid the higher values for the hero unlocks.

He went on to say that DICE is aware of the feedback on Reddit, and promised that the studio will continue to make changes to credit levels for unlocking heroes. There will be a Reddit AMA on Wednesday featuring leads from the development team where they will answer questions about the current state of the game.

The original story is below.

Star Wars: Battlefront II has been generating controversy for a while already regarding its loot box and microtransaction system, and the game isn't even fully released yet. That controversy continues now that the game is out in EA/Origin Access, with players complaining about how the game allows you to essentially pay for the chance to get better items that actually affect your in-game performance.

In response to this, EA released a statement on Reddit--and it didn't go well, reportedly becoming the most-downvoted comment in the history of Reddit with more than 433,000 downvotes. The statement explains that EA is trying to "provide players with a sense of pride and accomplishment for unlocking different heroes."

It adds that EA determined the in-game credit cost of heroes based on data from the open beta and more. You can expect EA to continue to change the credit cost of heroes going forward. "We'll be making constant adjustments to ensure that players have challenges that are compelling, rewarding, and of course attainable via gameplay," EA said.

"We appreciate the candid feedback, and the passion the community has put forth around the current topics here on Reddit, our forums and across numerous social media outlets. Our team will continue to make changes and monitor community feedback and update everyone as soon and as often as we can."

Community manager Mat Everett added in a statement of his own on Twitter that further changes to Battlefront II's loot box system will be announced via a blog post soon.

For lots more on the current state of Battlefront II's loot box system and why we think it's problematic, check out the video above. In it, we provide a comprehensive breakdown of the different currencies, what kind of items and Star Cards are available, and what $90 (or $100, if you don't have the EA/Origin Access discount) puts in your hands. It's a complex system, but one you'll likely want to understand before diving into the game--or deciding whether it's worth a purchase.

During an earnings call recently, EA CEO Andrew Wilson suggested that the players voicing concerns about Battlefront II's loot boxes are a vocal minority. He said the general feedback around the game--covering its campaign, multiplayer, and more--has been "very, very positive."

"There was the conversation around loot boxes, which is not a Star Wars: Battlefront II-specific conversation but more one that the industry is having with players across the global community," he explained. "And we are engaged in that conversation, engaging with our players on a daily basis as we think about that."

Battlefront II officially releases on November 17. The EA/Origin Access trial provides the full multiplayer component and the first three single-player missions, though you're limited to a total of 10 hours of gameplay. Pre-ordering the Deluxe edition gets you complete access on November 14. You can read more in our Battlefront II multiplayer pre-review.