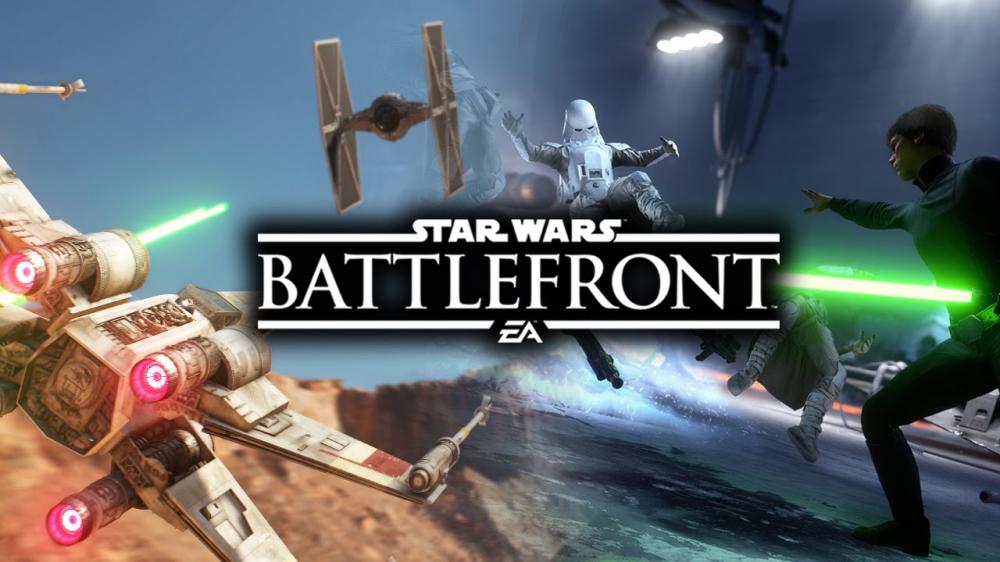 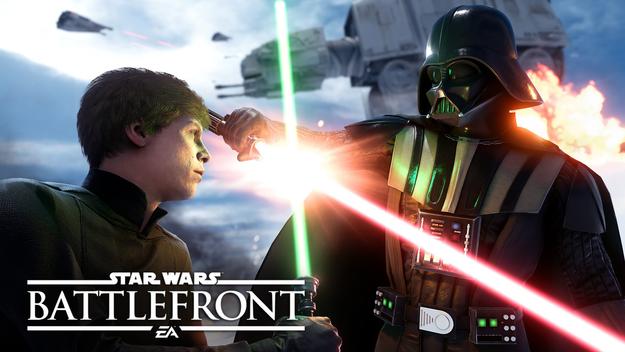 ​
The Beta for Star Wars: Battlefront will be open from the 8th until the 12th. I fortunately managed to snag an early access key and have been able to play a good bit. I've reached max rank, played all maps and modes, used all weapons and vehicles, and have used most of the "Star Cards". For those who don't know, the upcoming shooter is being made by DICE and EA, and it's well suited for fans of shooters and especially, fans of Star Wars.

As a huge fan of Star Wars, I think DICE and EA have really nailed getting the Star Wars feel down. There really isn't much that feels out of place or missing in terms of lore and general environment. The graphics are fantastic. Even for Xbox One the graphics were surprisingly good looking. The sound effects were perfect, and helped bring the authentic feel, as if you were actually in the Star Wars Universe. Using a good pair of headphones and speakers really brings it out. My favorite map to play on so far is Hoth. There's just so much going on, it's pretty immersive, which we tend to expect from DICE and EA as they've shown with Battlefield. Blasters going off everywhere, TIE Fighters roaring over you, while an AT-AT marches towards it's goal. By all means it's pretty epic. Some of you may have seen them, but over the course of Battlefront's development DICE has released various videos going over their efforts to achieve a very beautiful, aesthetically accurate, Star Wars environment. I think those efforts are quite noticeable.

In terms of gameplay, I find it pretty simplistic. We're all so used to Battlefield and Call of Duty, even Halo, where you get to make your own classes/loadouts. There's not much of that in Battlefront, where you only get your blaster and three "Star Cards,". If I remember correctly you will be able to have multiple hands of cards in the full game. My typical hand consists of the Jump Pack, the Cycler Rifle, and the Portable Shield. There aren't very many blasters to choose from in the beta and I kept wishing I could have the pistol as a secondary instead. With that being said, there is something that I do like about it all, and that's the power ups throughout the map. This changes it all for me, making it feel pretty unique. To anyone going in this expecting a Battlefield re-skin, you will be disappointed. Gears of War fans will be glad to hear that there is an active reload of sorts. The Heroes and Villains set up is awesome. First time I played as Luke I killed ten in 30 seconds, with little effort. They are not invincible in any sense though, and I love how you get the ability to play as them, it feels very fair. The vehicles play much more arcade-like compared to that of Battlefield. Which is ok in my opinion, I love the dog fights between the X-Wings and TIE Fighters, and I don't have any complaints about it.

In regards to final thoughts, my main complaint, which really isn't to the beta exclusively, is the lack of a campaign. I would absolutely love a campaign built with this game. I feel like it's a lot of wasted potential. But besides that and the semi-lack of content, I'm really enjoying it. I'm still planning on buying the full game and look forward to it. Battlefront isn't nearly as adult oriented as it could've been, but it is Star Wars after all. I'm looking forward to playing the split-screen and co-op modes as well. Overall, I think it's a pretty solid game. I enjoy it, but I'm not sure the die-hard fans of the earlier Battlefront games will as much. It is different, so I'm sure some will like it, and some won't. Do I think the game justifies $60? I believe the final product might, with all the content unlocked, I think it will. We'll all find out when it releases on November 17th. If you guys have any questions before the beta opens up feel free to post them. May the force be with you.

How do you know it's not worth playing unless you play it? And if you have, what makes you think other people, like me for example, don't want to play it? I'm really enjoying it. I'd actually say it's been the best shooter I've played in years.

nobody is talking about other people, i said its not worth playing, you dont have to agree with my opinion.

Yes but you're telling other people that it's not worth them playing it. You could at least say why. If you think posting on my profile will affect anything then you're gravely mistaken. Roast gods? Oh, you mean you're going to hurl "insults" at me and think it'll make you better in any way? I think it is you who is the little boy, evidently.

Who exactly am I telling? This is a public board and I can express my opinion rightfully, you are not being forced to agree. I didnt tell anyone "not to play".

No, you're not telling them not to play - just that it's not worth playing.

I wonder if these 'Roast Gods' will be making an appearance any time soon...

proof i told anyone not to play

"proof i told anyone not to play"

Why do I need to prove something that even I agree that you never said? Show me exactly where I've said that. Can you not read English Mr. Roast God?

"No, you are not telling them not to play" I am an agreeance with you on that point. But you are telling people that it's not worth them playing it.

Show me where I explicitly stated to everyone who browses 7s, not to play the beta

I never said that you did say that, so why should I? Show me proof where I said cats are slowly killing chameleons.

You are either retarded, autistic, ignorant, or all three.

You call me those yet, where is my ignorance lying? Actually, I think it's you that's shown ignorance here. Also, even if I were autistic or retarded, that wouldn't make you right all of a sudden. Actually, it would further diminish you seeing as you clearly can't even read what I am writing.

Im gonna say this hoping you comprehend. Read your last three posts and then comment here again with your conclusive results.