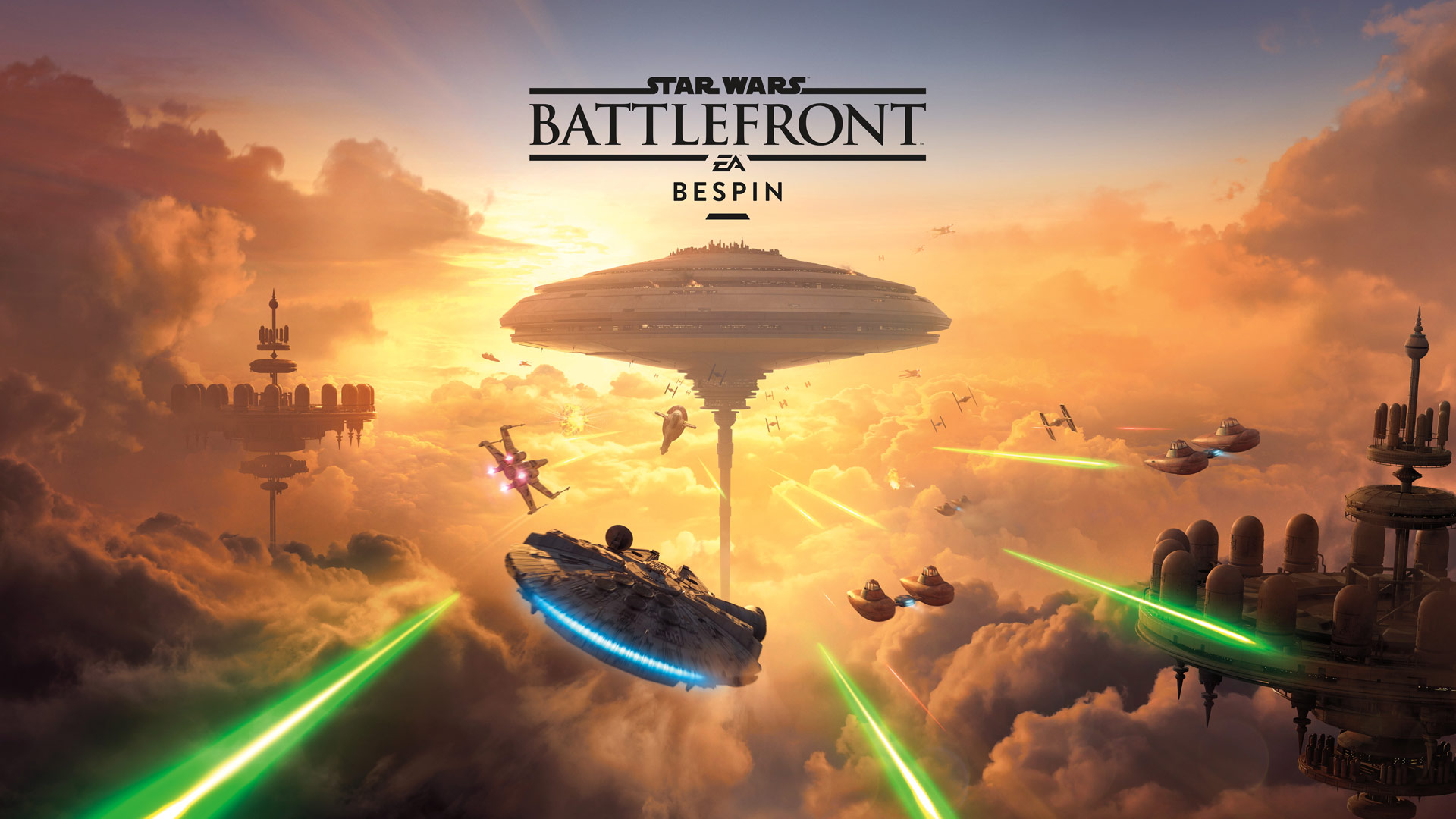 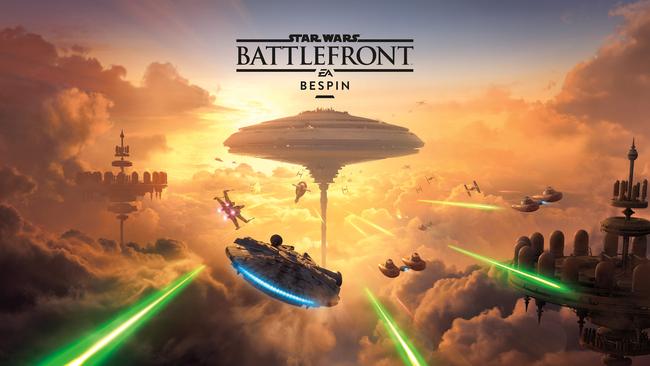 The long awaited Star Wars Battlefront Bespin DLC has finally been released for all players on Xbox One, and PC. Previously restricted to Season Pass holders due to early access, the DLC is now available for you to grab on the Xbox Store and Origin. The DLC costs a mere $14.99, and comes packed with new content. The PlayStation 4 version has yet to be released, but it should be out soon, so stay patient my fellow gamers from the Sony side. The Bespin update will come with new maps, weapons, Star Cards, and two new Heroes for you to dominate the Battlefield with.

The new environments the game will take place in are five new maps all set in and around the areas of the Cloud City of Bespin. As for the new weaponry, players will have access to the brand new X-8 Night Sniper, a blaster pistol intended for long-range combat in dimly lit areas. Along with the special blaster, players will be able to use the EE-4 medium-range spread-burst weapon. With its high damage output, this is the perfect weapon for close quarters combat and taking out multiple enemy targets with ease.

Moving forward to the new Star Cards and Heroes, we’ll start off with the new Shock Grenade Star Card, which is a non-lethal explosive that will stun any opponents caught in it’s small, yet effective blast radius. Next, we have the Scout Binoculars, which allows you to tag and highlight any enemies in your sight to your entire team for the duration of 5 seconds. Last but not least we have Disruption, a Star Card that renders the weapons of all enemy players in your immediate vicinity useless and overheated. Using this when swarmed by multiple opponents will easily allow you to wipe them all out with ease if you time it perfectly.

Next, we have the two new Heroes DICE have introduced to the game, Lando Calrissian and Dengar. Both coming with 3 new powerful new abilities that have the power to turn the tide of any game if utilized strategically. Starting off with Lando’s abilities, when playing as him you’ll be able to use Power Blast, a simple power-up that enables a higher chance for critical damage when using Lando’s blaster. His second ability, Shocking Trap, allows you to shock and stun any enemies by laying down a decoy trap for unsuspecting enemy players. And finally, we have System Disruption, a powerful ability that disables all nearby enemy Star Cards, weapons, including opposing Heroes and Villains.

Moving onwards to Dengar, you’ll more than likely enjoy playing as him if you favor offensive, fast-paced gameplay above anything else. His first ability is Explosive Rush, which allows him to swiftly run in one direction and slap live grenades on all enemies he passes. Next, you have Frenzied Blast, which increases the fire-rate of his primary weapon to levels of extreme lethality. For you melee combat lovers, his last ability shout satiate your needs. Called Hurricane Strike, this powerful new ability allows you to perform a devastating sweeping attack while charging forward.

In the last bit of content, players will have 8 new Hutt Contracts to play through, along with a new Game Mode called Sabotage. This mode focuses on the Empire and their use of Tibanna Gas Generators to prevent the Rebel force transports from escaping Bespin by using tractor beams. The Rebels will have to destroy each generator while simultaneously defending their extraction points, while the Empire must hunt them down and stop them in their tracks. You’ll be able to make use of the new Cloud Car vehicle, which features twin blaster cannons, concussion missiles, and a sensor jammer.

Stay tuned for Star Wars Battlefront news, including more information on the game’s upcoming Death Star update when it releases!
About author