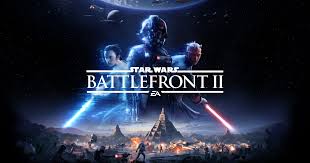 We've already seen and gotten to play a good deal of Star Wars Battlefront II's multiplayer component. Its single-player campaign has been kept largely under wraps, but a brand-new trailer showcases some of what to expect.

The video above starts out with the protagonist, Iden Versio, being rescued from a Rebel jail by her flying droid companion. From there, we see how the story is set up--the Emperor orders Admiral Versio to "ignite the inferno," referring to the Inferno Squad, a special forces group led by Iden. The Death Star II is then destroyed, but rather than crushing the Empire, it causes the Inferno Squad and company to lash out against the Rebellion.

There are some glimpses of various scenes throughout, including space battles and a chase with the Millennium Falcon over the surface of a planet. We also see appearances by Luke Skywalker, Leia, and The Force Awakens' Maz Kanata.

Battlefront II releases for PS4, Xbox One, and PC on November 17. Its DLC maps and modes will be free, but the game supports microtransactions through its Crate system. This has raised some concerns about balance in multiplayer, although developer DICE recently tried to dispel players' pay-to-win concerns.