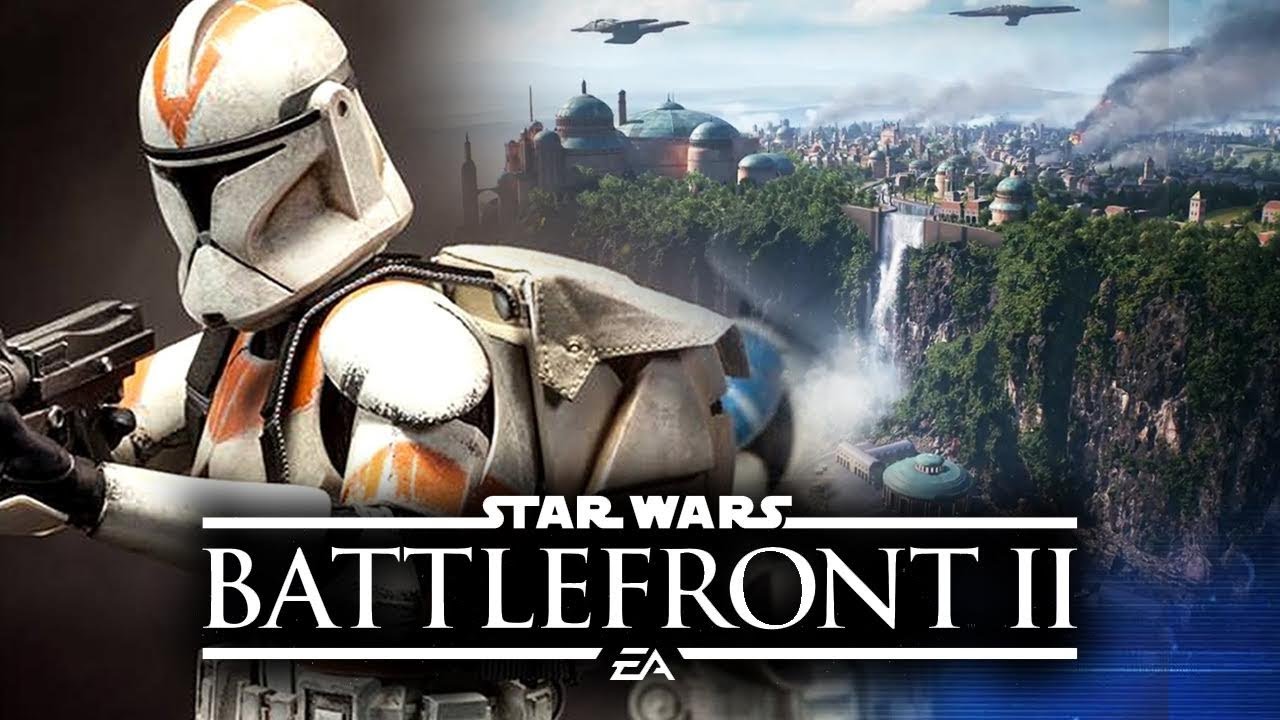 Star Wars Battlefront II's beta kicks off on PlayStation 4, Xbox One, and PC in only a few days, on October 6 (or October 4, if you pre-ordered the title before the month began). Ahead of its launch, EA has revealed all the modes and maps that players will be able to sample.

The Star Wars Battlefront II beta will consist of four modes, including Galactic Assault and Starfighter Assault. The former pits two teams of 20 players against each other in a large-scale battle as either a Clone trooper or Separatist droid. As in EA's live demonstration of the mode during E3, Galactic Assault will take place on the Naboo: Theed map during the beta. Starfighter Assault, meanwhile, is a 24-player space battle. In this mode, players will be able to try Battlefront II's three new starfighter classes and pilot Hero Ships from the prequel, original, and new Star Wars trilogies.

The remaining two modes featured in the beta are Strike and Arcade. The former is a class-based mode that doesn't feature any heroes. Players will have to use the unique abilities of their class to work together and complete objectives. During the beta, Strike takes place on Takodana. Arcade is Battlefront II's offline mode for one to two players. It is set on Naboo and features two options: a team battle with AI allies and enemies, and a one-vs.-many battle in which players take on a wave of foes.

The Star Wars Battlefront II beta runs until October 9. EA says that the Battlefront II beta is "among the biggest" the publisher has ever offered and warns players that downloading and installing it will take some time. EA has also outlined the beta's minimum and recommended specs for those planning to play on PC.

Star Wars Battlefront II releases on November 17. We've already played some of the content featured in the beta and came away impressed. Interestingly, the 2005 Star Wars: Battlefront II has also received a new update that restored multiplayer and allows cross-play between Steam and GOG.