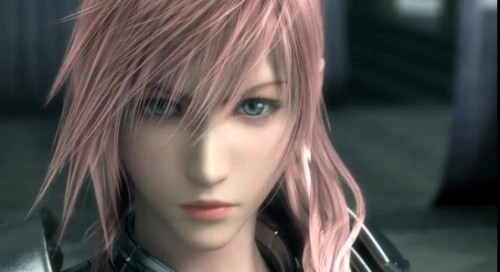 The fate of one of the most cherished franchises world wide may meet outsourcing in its future developments as hinted by Square Enix director Motomu Toriyama. Firmly standing by a belief that all the daunting issues found in Final Fantasy XIII heavily correlated with the incredibly large staff of 200, Motomu stated that "with a large-scale development team, we didn't use our time well; how do you communicate to everyone in the department what the drive of the game is?"

As any Final Fantasy XIII and XIII-2 fan should realize, the sequel to Final Fantasy XIII-2 was a savior of sorts for its mother, but nevertheless Motomu is deeply considering outsourcing the franchise to subsidiaries to ease the stress of communicating a multitude of goals and points to a tremendously figured staff. Certain developers, such as IO Interactive, would take the helms of a future Final Fantasy from different perspectives such as monster creation or world map engineering. Effectively so, doing so would allow Square Enix to delegate a mended hand in upcoming Final Fantasy installments.

Do you believe that outsourcing is certainly the way to go with Final Fantasy? I certainly don't trust other smaller developers working on Final Fantasy unless its for tasks as described directly from Square Enix. Final Fantasy has always had a once Squaresoft touch, which is still present in Final Fantasy's recent additions, but this is alongside a more modern Square Enix brush. The blend is great, but I feel poor management may have been the cause of Final Fantasy XIII's disappointment to many. Outsourcing, in an effort to regain momentum and control, may expend a loveable spice and taste for quicker and more effective production which may ultimately bring a downfall of sorts to Final Fantasy. If done correctly, however, the franchise may keep the taste if not better it.
Click to expand...