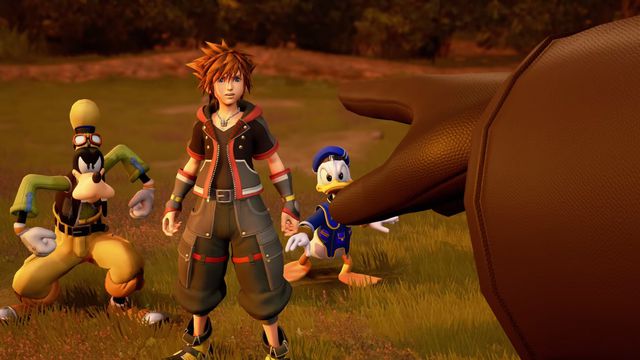 Fortunately, for those who weren’t able to make it to tonight’s concert, Square Enix also posted a Japanese-language version of the trailer on YouTube.

At more than two minutes in length, the new Kingdom Hearts 3 trailer has plenty to absorb. There’s some flashy action from Sora, Goofy and Donald Duck, and a peek at some cutscenes featuring Maleficent, Hades and Pete plotting, presumably, some evil business. Viewers also get a look at Mount Olympus and some dramatic pointing from Xemnas.

The trailer culminates with a tease: Square Enix says that another trailer for Kingdom Hearts 3 will be shown at Disney’s D23 Expo on July 15. That trailer will reveal a new world.

Kingdom Hearts 3 is in development for PlayStation 4 and Xbox One. Incidentally, today’s trailer arrives on the four-year anniversary of the game’s original announcement at E3 2013.