Spread Death Across the West in 12 Is Better Than 6 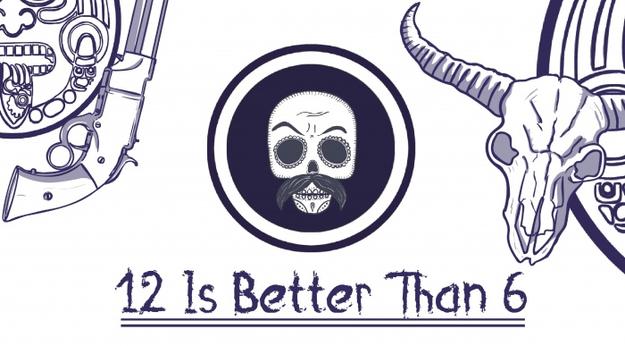 There’s blood on the sand and death coming in Ink Stains Games’ new title 12 Is Better Than 6. A violent story following an escaped slave slaughtering anything in his path as he makes his way from Mexico to Texas one bullet at a time. With a trusty revolver in his holster and his stylish sombrero he stole from a dead man, this ex-slave will do whatever he can to maintain his freedom in this tale about a gritty fight for survival.

Players will step into the blood-stained shoes of a man who is dead-set on serving a cold dish of revenge on those who wronged him after his wrongful imprisonment. Players will need fast reflexes during combat, and will need to take a quiet approach during the game’s stealthier moments. The game will also have weapons that are authentic to the era in which they were used. Players will be able to dish out death using revolvers, bows, knives, pitchforks and powerful mounted guns. Your main goals will include looting trains carrying valuable items, secretly conspiring with town Sheriffs, destroy gangs, protect innocent people, and of course, exact revenge. 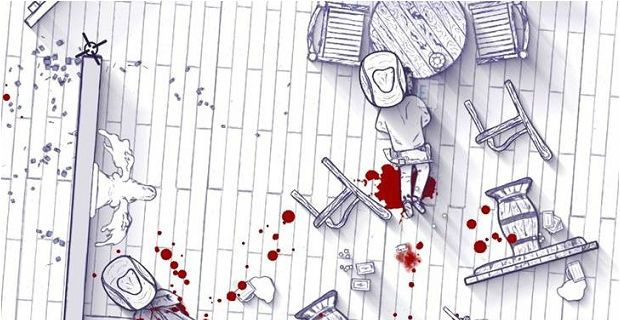 The developers at Ink Stains Games have done everything they can to bring games a great, action-packed experience. 12 Is Better Than 6 will feature 2D top-down gameplay along with fast-paced action and a unique take on visuals. The game features unique shooting mechanics, which forces the player to cock their revolver before each shot. Pairing this with the fact that the enemies in the game rarely miss a shot, you’ll need to have pinpoint accuracy and speed in order to successfully take your opponents out. Even though the game is a shoot-em-up, you won’t have to take that approach in the game. If you wish to, you can try to play the entire game by taking out enemies from behind with a stealth attack, or you can simply sneak past them and avoid conflict altogether. You can play the game in whatever style suits your needs.

In addition to the “wild west” themed soundtrack to help immerse the player in America’s lawless 1876 time-period. The game will feature real life locations and towns in places in Texas. Players will be able to visit Austin, San Antonio, Albuquerque, and even Houston! There will be many things to explore and do. The game has everything from sleazy saloons, cabaret, Indian colonies, caravans and more. There will also be many upgrades for players to unlock to help them in combat. Players can unlock defensive breastplates that have a 50/50 chance to deflect lethal bullets, increased accuracy for their shots, improved stealth kills and many more! Make sure to check out 12 Is Better Than 6 on Steam today!