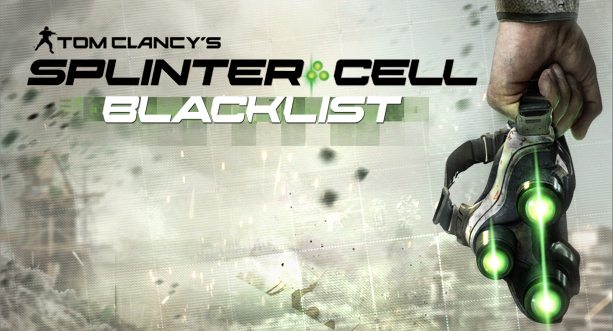 ​
An international terrorist organization, called the Engineers, has had enough of America's constant presence in countries throughout the world. In response, they initiate the Blacklist, a countdown of deadly terror attacks that will target major American cities or military establishments every few days until demands to are met. You are Sam Fisher, the leader of the 4th Echelon Unit who answers only to the president. You have one goal: Hunt down the 12 terrorists and stop the Blacklist countdown before it's too late.​
​
Blacklist offers the usual silent-but-deadly experience you get with any Splinter Cell title, traversing in the shadows to sneak around enemy's without being detected, or taking them out as quietly as possible, all while using your trademark night vision goggles. Not much has changed, but what makes Blacklist different from the others? The game ships with a 7-8 hour campaign, challenged-based side missions that can be played by yourself or with a friend, and the well-established Spies vs Mercs multiplayer mode. By my experience, the co-op modes and multiplayer portions are very addictive and just straight-up fun to play, but the single-player being the weakest element because of a somewhat repetitive story line that can easily be compared to past Tom Clancy. You are mostly stationed on the Paladin, which serves as the command station/aircraft throughout the game. You can walk around and talk to your teammates, upgrade the ship or accept side missions. All of which feels taken from Mass Effect. The campaign did feel like it missed a few points, but it's a better, more polished story than Conviction.​
​
Co-op is a better aspect that can make up for the deluding storyline. You and a friend can get together and complete various objectives in over 15 missions. In these missions you can capture HVT, use team execute on your foes and participate in other co-op additions. In order to survive, you must rely on communication and teamwork in order to complete the missions. If your partner slips up, reinforcements can arrive and make the mission a whole lot tougher. Rest assured, you can still revive your teammate if he gets downed, but if he dies than the mission is restarted or reverted a checkpoint where you can restock your equipment and try again.​
​ 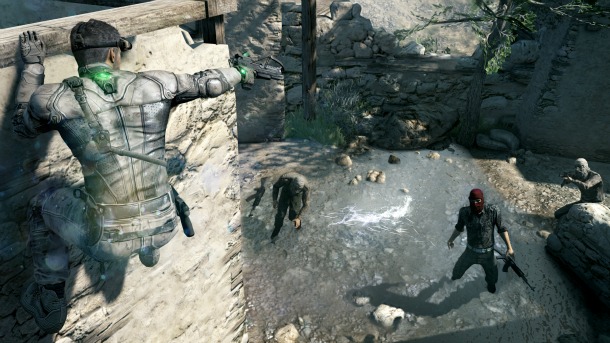 ​
As gameplay goes, the game is very slick in its stealthy and combat roles. It can take a little getting used too if you've not played previous Splinter Cell games or you are used to first person shooters, I know this because reloading with the right thumbstick and taking cover with the B button can throw people off a bit. The climbing, jumping and taking cover is a bit rocky in my opinion and it can escalate the difficulty of the game or get you killed because of the 'sticky' feeling that can occur at certain points. Negatively, the game does not allow you to customize your controller settings. The combat comes with the traditional third person "Aim and Shoot" along with initiating the melees and takedowns with a simple press of a button. The game can be very difficult sometimes. Getting spotted at the wrong time means death, and running and gunning can't be an option unless you play as a mercenary in multiplayer mode. You are required to master stealth and organize tactical means to overcome the situation.​
​
The gadgets, weapons, and grenades are of a decent variety. You can customize Sam, your Spy and Mercenary, with a number of suits that, in turn, can either affect your speed, stealth or armor in sect gamemodes. Weapons like SMGs, Sniper Rifles, Pistols, Assault Rifles and Shotguns can be fine-tuned with attachments to meet on how you approach the game. Gadgets like UAV Drone, Sticky Camera, Sleeping Gas and various other goodies are apart of your disposal. All of this can be purchased with money that is eared from completing missions, challenges, co-op and playing multiplayer. Everything has its advantages, so choose wisely.​
​ 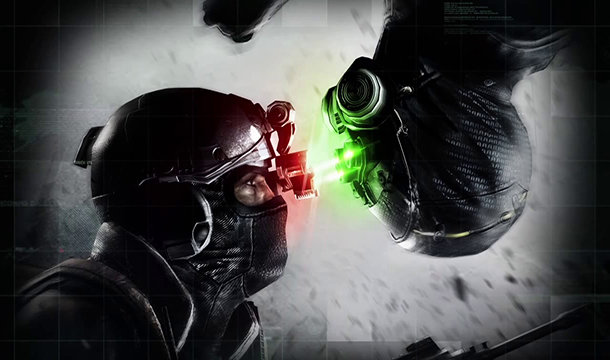 ​
Multiplayer ties in as the biggest part of Blacklist. Up to two teams of four can battle each other for supremacy as either the lethal, cunning Spy or the weaponized and armored Mercenary. Each team has their unique advantages and disadvantages: Spies will stay in the shadow to hunt down the Mercs using an array of gadgets, and light weapons such as SMGs and pistols. They can silently strike and kill the enemy with one slash of their knife, but on the other hand, can easily be taken down by the heavy gunfire of the Mercs. Playing as a Merc is special, because it is played in a first-person view. Mercs are armed with Heavy Assault Rifles as well as Shotguns and Light Machine Guns. Proximity Mines can be used to protect themselves in vicinity or use grenades to flush out the Spies from hiding. There are 4 game modes to choose from and over 55 levels to obtain. You can use money you earn from single-player or co-op to buy equipment for either class.​
​
Splinter Cell Blacklist has its shortcomings, but makes up for it with unique gameplay and a bada** multiplayer mode. I you are in the mood to try something a little different, I would suggest picking up this game. It can be frustrating at some points, but for those looking for a challenge and a good time, it's a very solid choice.​
​
​
​
​