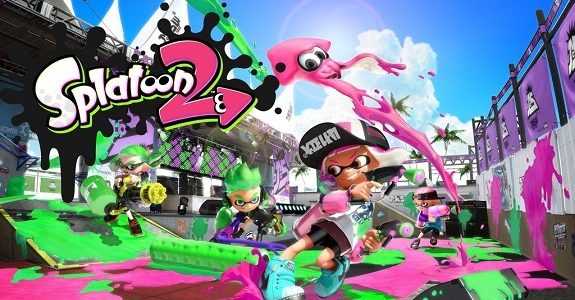 With the holidays just around the corner, Nintendo has announced a new seasonal event for Splatoon 2. Much like October's Splatoween, the upcoming Frosty Fest will be a special global event that encompasses a holiday-inspired Splatfest, themed stage decorations, and some new winter headgear.

As was the case during the Splatoween event, Inkopolis will be decked out with holiday decorations during the Frosty Fest. Nintendo is also introducing four new pieces of holiday headgear for your Inkling: New Year's Glasses DX, Twisty Headband, Festive Party Cone, and the Eel-Cake Hat. These are yours to keep even after the event ends.

As was the case with the Splatoween headgear, you won't be able to purchase these from Splatoon 2's in-game store. Rather, they'll be available through the Splatoon 2 News channel on your Nintendo Switch's News feed. Nintendo will post an article about the headgear in late December. Toward the end of it will be an option to launch Splatoon 2; click it and you'll claim the headgear. If you own a physical copy of Splatoon 2, you'll need to have the game card inserted in order to launch the game this way.

Before that, Nintendo will roll out a new update for Splatoon 2. Version 4.3.0 arrives on Wednesday, December 5, and introduces eight new weapons to the game, including the Ballpoint Splatling Nouveau, Nautilus 79, Custom Explosher, Bloblobber Deco, and four more as-yet-unrevealed Kensa Collection weapons.

On top of that, the Version 4.3.0 update will add two new gear abilities. The first, Bomb Defense Up DX, combines the Bomb Defense Up and Cold-Blooded abilities into one. Bomb Defense Up DX will replace those two abilities on any piece of gear you already own. The other new ability is Main Power Up, which improves the effectiveness of your main weapon. Its benefits will vary by weapon; for instance, it increases the shot accuracy of the Splattershot when you're firing while jumping.

Like most other multiplayer games on Switch, Splatoon 2 requires a Nintendo Switch Online subscription to play online with other players. If you sign up for a 12-month subscription--either individually or as part of a family plan--you'll receive two exclusive pieces of gear for the game: the Online Jersey and Online Squidkid V Shoes, both of which are based on the uniform worn by the winning team of the Splatoon 2 World Championship.