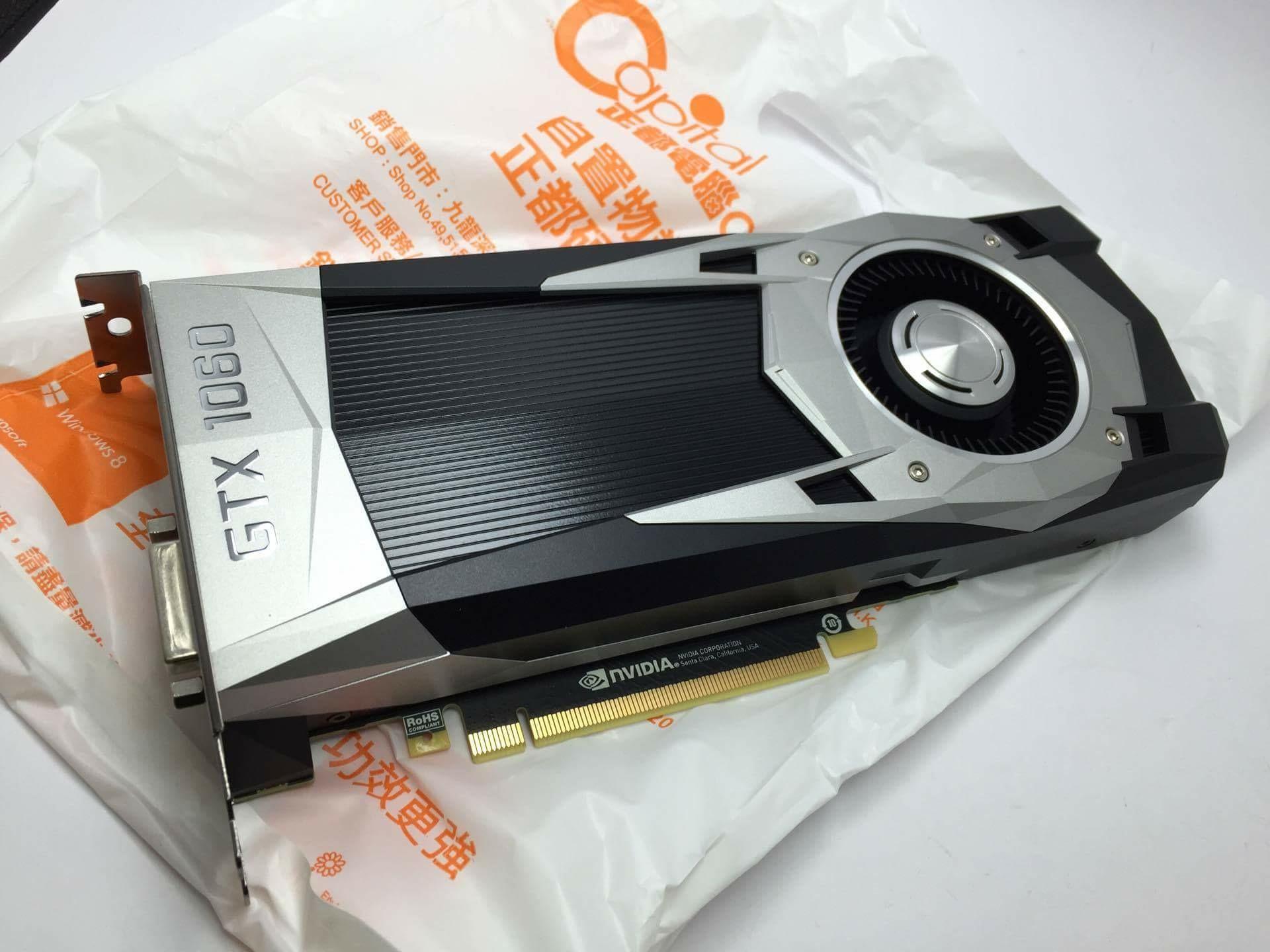 The intense video card race between AMD and NVIDIA is only getting more heated as their hardware becomes more and more capable to handle any and all of gamers' needs. The Pascal and Polaris GPU architectures, designed by NVIDIA and AMD respectively, have redefined what video cards are able to do with ever-increasing advances that will allow gaming in higher resolutions and seamless virtual reality experiences. Though the new GPU architectures and improved hardware specifications are always impressive, it usually means that a new hole will be burned out of the wallets of PC gamers around the world if they hope to keep up with new releases.

The GTX 1070 and 1080 are impressive, but their price tags are just out of reach for so many which led reviewers and enthusiasts to believe that AMD may come out on top in sales with the release of these new video cards. However, the upcoming GTX 1060 may change that as it promises to offer the power of a GTX 980 at a reasonable, yet unconfirmed, price "for every gamer." 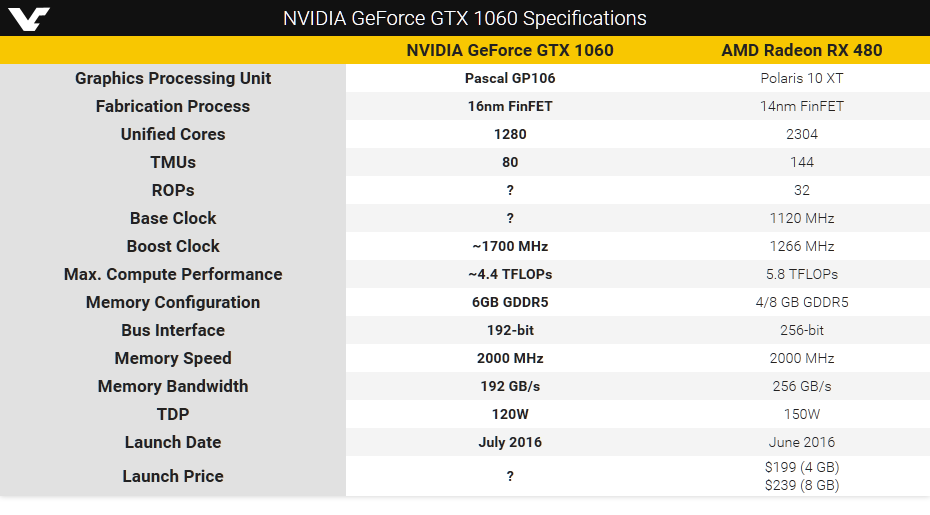 Specifications compiled courtesy of VideoCardz.com
​
The specifications, leaked through a Chinese source, came with slides detailing the hardware of the GTX 1060, which are compared to AMD's Radeon RX 480. Compared to the RX 480, the GTX 1060 is said to be more powerful overall as well as 40% more power efficient. Also included in the leak is a rumored release date of July 7, where the GTX 1060 is said to be released via a livestream event by NVIDIA. Most shocking of all is probably the price tag that, while still unconfirmed, is rumored to sell for around $250-300 at release.

Assuming the rumors are true, NVIDIA would solidify its position in the market by offering a video card available and affordable to mainstream PC gamers. Fortunately, July 7 is coming up quick so it won't be long until NVIDIA reveals the GTX 1060 for themselves.