South Park The Fractured But Whole gets a new DLC 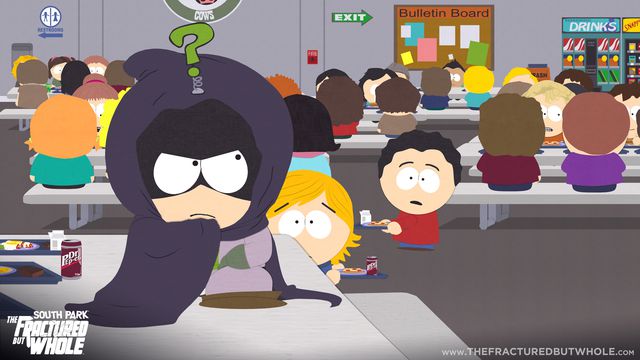 South Park: The Fractured But Whole’s first chapter extension of downloadable content, launching March 20, will introduce a new hero class to the game: The Netherborn. Or, maybe it should be said, introduces Netherborn as a playable class, since they’ve been in the game all along.

The new content comes in “From Dusk Till Casa Bonita,” aka Cartman’s favourite restaurant (and based on the real-life Casa Bonita of Lakewood, Colorado. And yes, it really has cliff divers. They’re in the video game, too). In it, the sister of Mysterion (spoiler alert: Kenny) is now part of the gothy Vamp Kids. Casa Bonita is the scene of the showdown as the gang tries to rescue her from the vampiric cult.

The Netherborn class is coming to the game now because Mysterion is one of them. Players noticed after Butthole’s Oct. 17 launch that “vampires” were among weaknesses a player could choose but in the main game, except that Mosquito (Clyde) was the only character in the game who exhibited those traits. But Mysterion’s Netherborn classification remained unto him alone. There was also the Mystic, which Ubisoft San Francisco developers acknowledged was part of earlier plans but eventually cut from the final game.

In any case, there will now be 11 classes with power sets that players can freely substitute during the game. Speedster, Brutalist and Blaster start the game, with Elementalist, Psychic, Cyborg, Gadgeteer, Assassin, Martial Artist and “Plantmancer” unlocked in later progression. With dual-classing ability, users can mix and match things like stuns, supers and area-of-effect attacks.

Netherborn brings four new powers to the lineup. Goth icon Henrietta Biggle also joins up as a teammate to the New Kid, in a jacked-up support role.

Our review of South Park: The Fractured But Whole found it rude and crude and obnoxious; i.e. just how South Park fans like it. From Dusk Till Casa Bonita is available individually for $11.99. Another chapter, Bring the Crunch, also for $11.99, will launch later. There’s a $29.99 season pass that buys all of the game’s additional content, which includes the Danger Deck DLC that launched in December and some premiums included special editions at launch.