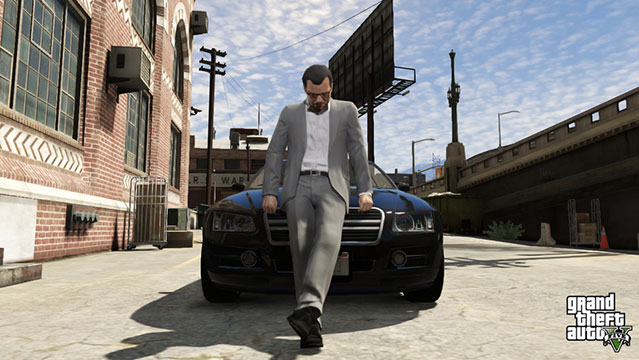 Sony has apologised to Rockstar and GTA fans after the ending of the upcoming Grand Theft Auto 5 game was leaked online. The company apologised for allowing PlayStation 3 customers to download a "locked" version of the game ahead of the official September release. Customers who downloaded the game were able to extract audio files and details of plot lines, which were then leaked forums all over the Internet. A statement by Rockstar reads: "As you can imagine, we are deeply disappointed by leaks and spoilers being spread in advance of the game's launch.

"Unfortunately some people who downloaded the digital pre-order of Grand Theft Auto 5 through the PlayStation Store in Europe were able to access certain GTA5 assets leading to leaked information and media from the game appearing online. As you can imagine, we are deeply disappointed by leaks and spoilers being spread in advance of the game's launch. GTA5 represents years of hard work by many people across the world, and we all couldn't be more excited to finally share it with you properly this 17 September."

Sony responded by posting this message on their forum: "Regrettably, some people who downloaded the digital pre-order of Grand Theft Auto V through the PlayStation Store in Europe were able to access certain GTA V assets. These assets were posted online. We have since removed the digital pre-order file from the PlayStation Store in Europe. We sincerely apologize to Rockstar and GTA fans across the world who were exposed to the spoiler content. GTA V is one of the most highly anticipated games of the year with a very passionate following, and we’re looking forward to a historic launch on September 17."

Rockstar warned that anyone talking about plot details between now and its release would have their commenting privileges removed. However, this was too late for some fans that had already read the spoilers. One user posted his disgust: "Thanks a lot Sony for basically spoiling the ending of GTA5 before the game was even released."

September the 17th will see the release of Grand Theft Auto 5 in both the United Kingdom and United States. Grand Theft Auto Online will be available from the later date of October the 1st.

It appears the damage has been done. No matter how hard Rockstar or Sony try, they simply can't contain the content that could and will spoil the game for many Grand Theft Auto fans. Personally, I'm rather annoyed at Sony for allowing this to happen. Not only does it ruin Rockstar's hard work for many years, but it also ruins it for the avid fans that try to limit themselves from what they read about the game. They expect content like this to be a surprise! What are your thoughts on the matter? Have you had the ending ruined for you? Let us know in the comments below.