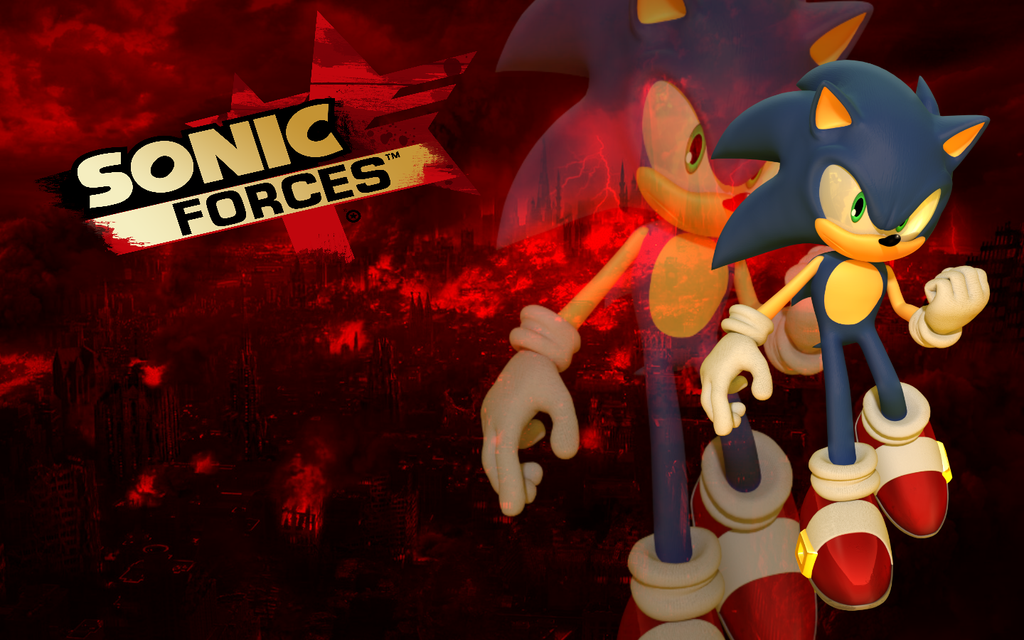 Of the three play styles in Sonic Forces, it’s the one that has nothing to do with Sonic that is the most interesting. The Hero Character stages, where players run through levels designed around the gadgets and abilities of their own original characters, try a new spin on classic Sonic gameplay that seems least likely to stoke fans’ ire.

Sonic Forces’ biggest selling point is that players can make their own heroes, something we didn’t have the chance to do during our E3 2017 demo. What I did try was an early level with a pair of pre-made heroes — something that played like a mashup of Sonic’s slower past adventures and a unique platformer all the same.

The Hero Characters or Avatars, as they were called in my demo, play on different levels than Modern Sonic and Classic Sonic, the other two kinds of playable characters in the game. The ultimate arc of the Hero Character stages are similar to the different Sonic levels, though: Make it from the beginning to the end, collect a bunch of rings and face down a boss. But original characters’ do this with gadgets and puzzle-solving, not speed.


The area I played was a little bit bigger and lasted a little bit longer than Modern Sonic’s, which I breezed through in less than two minutes; the stage I demoed with Classic Sonic was a familiar boss battle against Dr. Eggman, and that took just as little time. By comparison, I watched as members of the Sonic Team played the Hero Character Stage on display, repetitively dying. At first I scoffed at their difficulty with this level — until I played it myself.

There’s a learning curve to playing a Sonic game without just thinking about how to achieve top-speed within the platformer’s constraints. Sonic Forces’ Hero Character stages take the twisting, non-linear nature of the franchise’s best levels and add in weapons. I played as a wolf with glasses who could choose between a powerful laser gun and a lightning whip. These worked as weapons — it was so, so satisfying to burn down a mass of robot goons with the laser in particular — as well as, well, gadgets. Parts of the level required using the weapons at the right moment and in the right spot to move forward, making for a different kind of feel to Sonic than we may be used to.

This took some getting used to, which meant dying a lot — falling off edges or losing all my rings. But that wasn’t frustrating; it felt like learning how to play an unfamiliar game, one I wanted to know more about. Figuring out how to use the weapons the right way, at the right time, was a new kind of challenge.

To be clear, I want my Sonic games to play ... like Sonic games. The Hero Character portion of Sonic Forces doesn’t feel so totally dissimilar from the franchise’s defining characteristics — whatever those even are these days. But its differences mean players will come in with fewer preconceived notions and pre-judgments than they’ll have about the Modern and Classic Sonic stages, which attempt to emulate two very specific eras from the series’ history.

All three play styles have their charms, although the Classic Sonic stage I played felt like a lesser, redundant version of a level we’ve beaten countless times. Sonic Forces’ original character sections are the ones I’m most curious to return to when the game launches later this year — if only to see if they get more or less Sonic-like as it wears on.