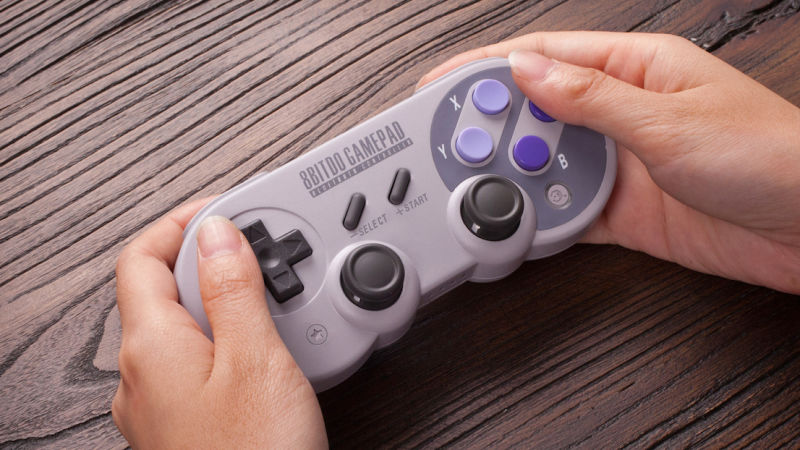 ​
Nintendo Switch players looking for a more retro experience will be happy to know 8Bitdo is making a replica SNES controller built with the system in mind. The SNES30 Pro features Bluetooth, USB-C, rumble vibration, motion controls, and player indicator LEDs--of course, it looks just like a traditional SNES controller. Check it out below.

On the right, you'll also see the Super Famicom-style model, if you'd like to capture the classic Japanese design instead. Both are replacements for the Switch Pro Controller, but they will work on PC's and mobile devices as well. They're slated to be released this holiday season.

There are two other new ways to play Switch (and PC) coming from 8Bitdo too. You can get even more old school with the NES30 Arcade Stick (below).

The company is also releasing the set of speakers below called the Twin Cube Stereo Speakers, to boost the audio experience. They're wireless, but have an AUX input. Both the speakers and the NES Arcade Stick are due out sooner than the SNES-style controllers, coming this fall.

Last month, 8Bitdo updated the firmware on its full library of controllers to make them compatible with Nintendo Switch. Not all the controllers will work perfectly with every Switch game, but the company says the new SNES controllers by the end of the year will be perfect fits for Switch's full library of games.