SNES Edition New 3DS XL Releases For The US Next Month 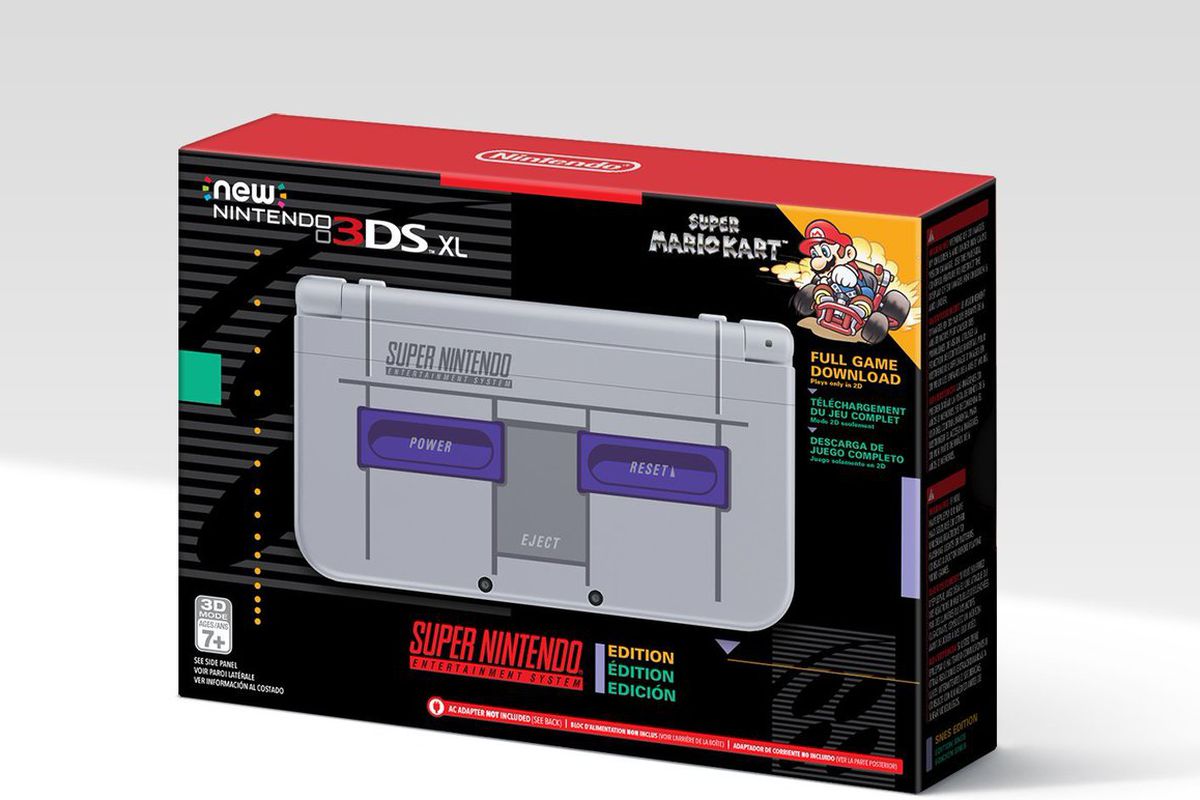 Following its release in Japan and Europe, Nintendo will soon bring the SNES-themed New 3DS XL to the US. The limited edition console launches in the region next month, on November 27.

Unlike the European version, which was identical to the Super Famicom-themed New 3DS XL that released in Japan, the US version sports a design based on the region's distinctive purple-and-gray SNES. The top flap looks like the classic console's Power, Reset, and Eject buttons, while the bottom resembles the SNES's cartridge slot. You can take a look at images of the handheld below.

The SNES edition New 3DS XL is available to pre-order now on Amazon. It retails for $200 and includes a download code for Super Mario Kart, the debut installment in Nintendo's popular mascot racing series. The SNES edition New 3DS XL is listed as an Amazon exclusive, though it's unclear whether the handheld itself or the Super Mario Kart bundle is exclusive to the online retailer. We've followed up with Nintendo for clarification.