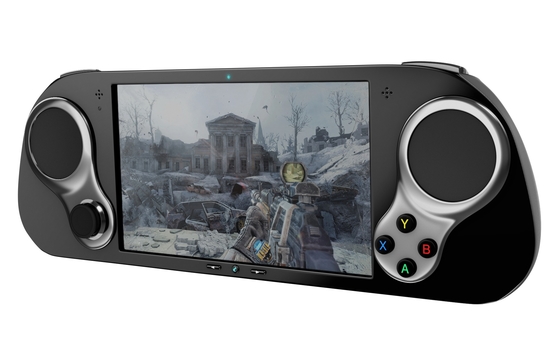 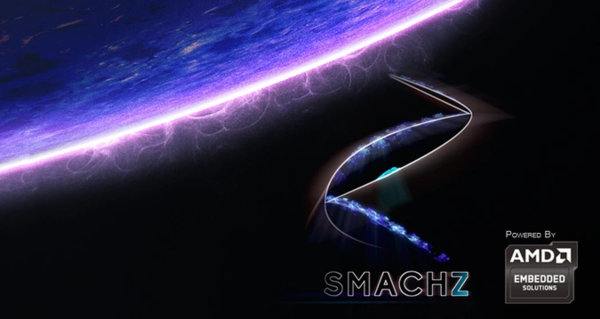 Four months since this new portable gaming device received a release window and price tag, the creators at SMACH Team (a development company in Palma De Mallorca Spain) have initiated a Kickstarter funding campaign for the world’s first handheld devices that can run Steam games. It also seems they have changed its name for a third time, from originally being the Steam Boy into the Smach Zero, and have now shortened it to just Smach Z. The first of these handhelds will be available for purchase by Kickstarter backers for €299 (Euros), or roughly $327 USD. However, if you’re quick enough to pledge €249 or more ($270 USD), you will be entered into one of the many different reward categories available to receive one of your own Smach Z’s when they begin shipping worldwide in October of 2016. The Kickstarter campaign for the Smach Z has thirty-three days left, but has already received close to $130,000 out of the $976,796 goal within twenty-four hours of its launch.

Along with the commencement of the funding campaign, the developers at SMACH Team have now given us an exclusive look at the outside, and at the device’s essential technological makeup. In the diagram below we can see all of the Smach Z’s button alignment and specs including a notification LED, left and right touchpads and speakers, a 5” touchscreen, and the basic configuration of a game controller with the addition of a joystick and a pause button. As seen on the image of the back, there are also trigger buttons on the top, a volume slider and mic, but also ports for earphones, USB, MicroSD, and HDMI. We can now even see how exactly the unit can be configured, with interchangeable ‘magic z-pads,’ which can be described as removable adapters on the face of the Smach Z. These will allow you to configure your device any way you like, including the option to swap in and play with a D-pad! But, the magic z-pads will not be included in the basic version of the Smach Z, requiring you to pledge more, or to simply wait for its release and make a purchase then. 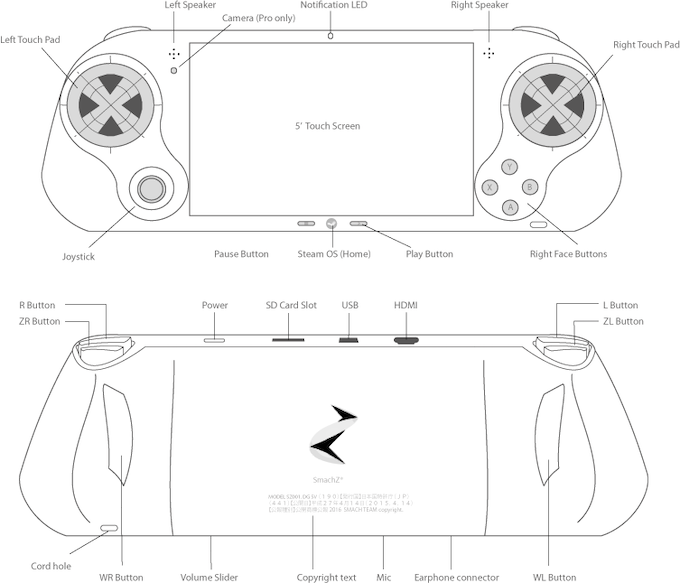 ​
Now, onto the specs all of you tech heads have been waiting for, the internal technology. Being the first device that can run Steam games on the go, SMACH Team worked closely with AMD to choose a very specific pre-existing chip that is perfect for powerful, and portable gaming. What they ultimately decided upon was the AMD embedded G-Series SoC with “Jaguar”-based CPU and GCN-based Radeon graphics and 2GB of dedicated GPU RAM. It will also come stock with Bluetooth and 5.0 Ghz of Wi-Fi connectivity, 4GB RAM memory, and the HDMI video output, USB 3.0 type C, and MicroSD Card slot that was mentioned earlier. If the stretch goal of the Kickstarter campaign is reached ($976,796 USD) then the device will also offer 64GB of internal memory along with upgrading the 5” touchscreen from 720p video quality to 1080p. But, if only the initially set goal of €900,000 Euros is reached, then the Smach Z will only come stock with 32GB of internal storage, and 720p video quality.

Smach Team has also revealed the Smach Z Pro with the launch of the Kickstarter campaign. This more powerful version of the Smach Z will offer double the RAM and internal storage of the basic model, upping it to 8GB of RAM, and a 128GB hard drive. In addition to those hardware improvements, the Pro will also come with 4G mobile network connectivity and a front-facing camera. The Pro doesn’t exactly have a set price, but will be included with your rewards if you pledge €499 ($545.98 USD) or more towards the Kickstarter campaign. However, if you do not want to spend an extra $200+ dollars, you can still look forward to connecting your Smach Z to your HDTV or to another gamepad to play on your couch, or for multiplayer. You can also use your Smach Z as a controller for your PC, or snap on an attachable second battery to your device to add 5+ hours of outdoor gameplay. Furthermore, the device will be able to play 1,000 games right out of the box, and will not require a second purchase if you already have the games in your Steam library. Some of those games include The Witcher 2, SOMA, and Portal 2, to name a few.

If you’d like to be one of the very first owners of a Smach Z, or would just like to back the project, you can do so here. Just keep in mind that even if this campaign reaches its goal, the Smach Z will not begin shipping until October of 2016.