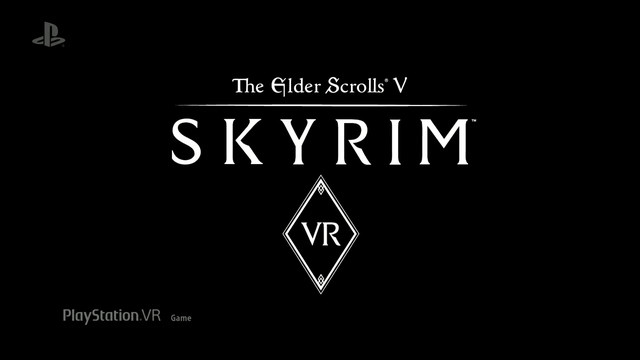 The Elder Scrolls 5 gets another re-release. The Elder Scrolls 5: Skyrim is coming to PlayStation VR, Bethesda Softworks announced at Sony’s E3 2017 press conference today. Sony showed of a trailer featuring first-person combat set in Skyrim, which you can watch in the video above. Skyrim VR will feature the entire game “and reimagines the complete epic fantasy with an unparalleled sense of scale, depth and immersion.” All three official add-ons — Dawnguard, Hearthfire and Dragonborn — will be included as part of the re-release.

Bethesda Softworks has a number of virtual reality projects coming this year, including Doom VFR, a spin-off of 2016’s Doom, and Fallout 4 VR. Bethesda is also re-releasing The Elder Scrolls 5: Skyrim on Nintendo Switch later this year.