Skype Founders Build a Delivery Bot That Rides On Sidewalks 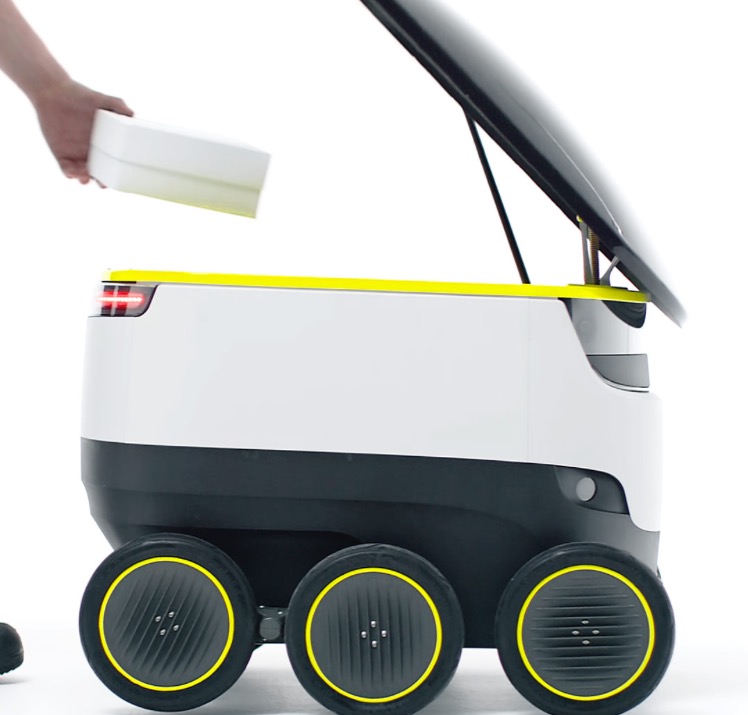 The future is now people. Gone are the days where the milkman was actually a man who delivered milk, eggs and the daily paper to your doorstep with a smile and a "how do you do?" Now we have robots of all kinds, eager to do the same for a fraction of the cost, albeit with less friendliness.

Introducing Starship Technologies, an upstart company in the robot world with some founders who are anything but. Formed by two of Skypes co-founders, Ahti Heinla and Janus Friis in 2014, Starship Technologies aim is "to do for cargo delivery what Skype did for telecommunications". The most exciting part? They plan to eventually make it free.

Let's talk about their version of a cargo delivery robot. While we've seen other companies such as Amazon and Walmart, eagerly awaiting the release of drones to deliver items by air, Starship Technologies has decided to take a more pedestrian approach. Instead of dealing with the common issues involved with anything autonomous that can also fly, they've went with a design that travels via the sidewalk. The company claims that they are 99% autonomous, meaning that while they are capable of getting to and from their destination by themselves, they will still be monitored at all times in case of any error.

Each robot is capable of carrying up to 20 lbs. of groceries, which is about two bags full. Certainly not an alternative to going out to the store and stocking up enough food for a few weeks, but handy for when you just need a few things and don't feel like going out due to sickness or whatever else.

The robots are able to travel at a speed of 4 miles per hour, can merge with traffic, yield to signs and lights and safely cross streets all on their own. The cargo bay is locked during transit and can only be unlocked by the buyers mobile phone (it's assumed that this is via mobile app or some form of code that is sent to your phone.)

The biggest limitation right now is distance, they can only go so far on a charge which in turn, really limits the reach of deliveries. To combat this, Starship Technologies plans to add hubs to any store interested in the program. The hubs are where the robots will be loaded for delivery and where they will return to charge and be cleaned up if necessary. With the addition of more hubs around cities, the delivery radius will increase, which means that success for this idea will rely a lot on the support of local and chain stores. The main goal here is to stop all those "last mile" deliveries made by large trucks that are just eating gas like crazy. The idea is that instead those trucks could drop off their cargo at the hubs, to be sent out and delivered by the far more environmentally friendly cargo bots.

Another big obstacle is getting approval and laws set up for these robots. While the company hasn't really mentioned any hang ups concerning the legal status of self driving robots, it's safe to assume that there will need to be some changes to at least city laws before we see them zipping around town carrying loads of goods. Because this is a fairly new field that's being explored, the rules tend to be a little gray, which can cause serious setbacks for companies in this day and age. Hopefully the old pros from Skype will have the experience needed to keep that from happening.

So what do you guys think? Would you use, or trust, a service like this? 20 lbs. of groceries may not sound like much, but with the cost of certain items those two bad being delivered could be worth a pretty penny, do you think you would take the chance of someone snatching your goods? Let me know in the comments!
About author