​
​
Today I decided to review a game I've been playing the past couple of weeks: Silent Hill Downpour. One of my favorite things about this game is the story line; it's almost like watching a movie. What I mean is, you could sit next to the person playing this game and be totally entertained just by watching it. In order to understand everything that happens in this game, I'd recommend reading up on the previous stories of the other Silent Hill games.​
​
One of the things about this game that really attracts people to it is the fact that this game does not feed you answers. In other words, there are no set pathways to follow; forcing you to pay very close attention to every detail in this game on order to figure the puzzle's out. Downpour gives you the option of setting your puzzle difficulty & general game difficulty. On your first time playing, I'd recommend putting both settings on easy in order to acclimate to the game. Once you have played the game on easy, I would then go back and play it on a harder setting, which leads me to another great thing about this game; you can play it repeatedly and the game will change slightly depending on your settings, so you can play it multiple times and still have to figure out new puzzles!​
​
Here is an image of one of the first puzzles you will have; the safe puzzle:​
​ 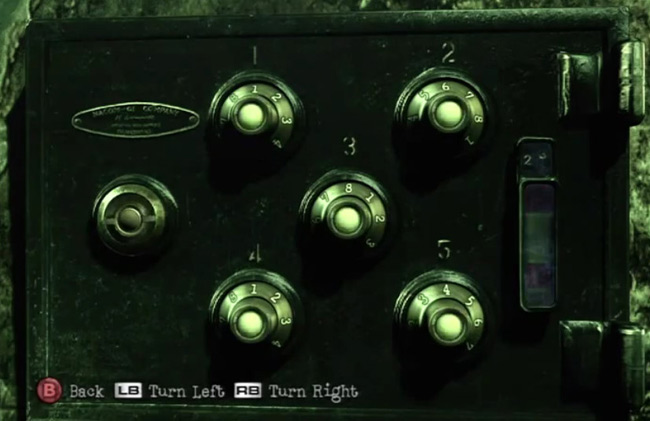 ​
​
What's this game like & what is the story about? Well, first off, if you're not a fan of horror games I would not recommend playing this! This game is not your average "jump scare" type single player. The game will really just mess with your mind throughout the game-play. Just like every other horror game, there is obviously going to be some jump scare, but Silent Hill does not rely completely on that sort of thing. You can check your progress in the game by going into your game saves. The game auto saves while you are playing, so you will have multiple saves for one game, meaning if you choose to, you can go back and start earlier from your last save. This can be useful if you missed something in a previous part of the game. As for the story, opposed to giving you the whole ordeal, I'll give you the basic idea. The game begins with your character (Murphy) who is in jail (you can find out why he is in jail by reading up on the previous games). He has been contacting a "dirty cop" about killing a man who he was once neighbors with. This was for revenge, and again, I'd recommend reading up on the older games to find out more about this. In any case, because of the murder, Murphy is transported to a new prison. I'm not going to tell you what happens, but let's just say he does not get there. Basically, your goal is to find a way into the Silent Hill town for a good portion of the game, the rest I will let you find out by playing the game.​
​
This game sounds pretty cool, are there any downsides? Unfortunately, yes; one of the most annoying issues myself and many other have had to deal with is some in-game lag issues. What I mean is, the game will tend to freeze up on you for a second or so at times. So if that happens to you, it's not your disk! It's the game in general, I have seen it happen to everyone I know who owns the game. Other than that, I really have no other issues. However, for some people, the fact that the game gives such a small amount of clues could be an issue. Personally I enjoy having to really pay attention to make sure I don't miss anything, I find it more of a challenge.​
​
Over all, on a scale of 1 - 10, I give this game a 9. The only real issue I had with this game is the aforementioned lag issue, which was not too severe. You can purchase this game for Xbox 360 & PS3. If you're thinking about buying it, just remember to pay attention to detail! Thanks for reading my article, feel free to leave your thoughts below!​
​
Image Sources:​
Cover Image - Here​
Puzzle Image - Here​