Sierra Returns, with King's Quest in the Making 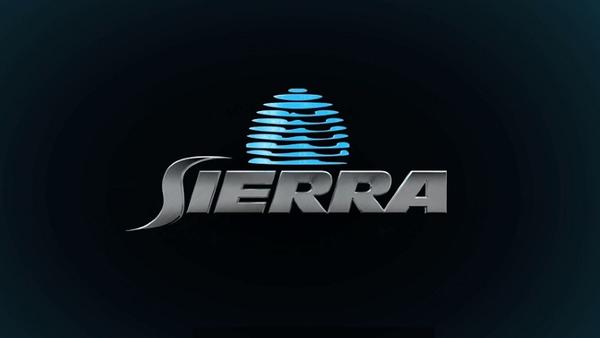 One of the largest game publishers during the 1980's and early to mid 1990's was Sierra Online. Alongside Sega, Nintendo, LucasArts and Electronic Arts, Sierra Online was a name that carried a lot of weight. They published games like Crash Bandicoot, Spyro the Dragon, Police Quest, Space Quest and Hunter Hunted. They had pinball games, Leisure Suit Larry, King's Quest, Earthsiege and The Incredible Machine. If you wanted quality PC gaming, you would buy a Sierra game. In 2008 they closed up shop, failing to deal with the competition in a market suffering from growing piracy, shrinking retail sales and an exploding console market.

Well, Sierra is making a return, getting back to the basics and publishing games that made them famous in the first place. This revival comes after Activision, who holds the license, teased the news that should make some old school gamers very happy, late last week with a brief video.

Sierra will now be focusing on smaller projects by indie studios and mid-budget games. This might be a major advantage for Activision, as it will help expand their portfolio without shareholders fearing for their wallets over non-AAA titles being made under the major labels like Activision and Blizzard. Only two projects are announced so far, but it won't be long until we hear about other classic Sierra names being revived. And new independent artists and developers can now approach Sierra and get the help they need to get their creations brought to life and distributed to a larger audience. Sierra will be taking advantage of the growing popularity of digital platforms like Xbox Live, PlayStation Network and Steam, and cater to the specific needs of each indie studio. Everything form aiding in game development and first party relations, to PR, funding, marketing and distribution. Bob Loya, Sr. Director of External Development commented about the news:

"Sierra’s goal is to find and work with talented indie developers working on their own amazing projects, or passionate about working on great Sierra IP, and leverage our expertise to aid them in bringing these fun and exciting experiences to gamers with the level of visibility and awareness they deserve. In addition to Lucid Games and The Odd Gentlemen, we’re in talks with a large number of other indie devs, and can’t wait to share more details with fans in the near future."

It is amazing to see history repeat itself, this time around the direction is far clearer for Sierra, as opposed to its late 1990's position that lead to its demise. Ken Williams, the original founder of Sierra Online, had this to say about the return of Sierra:

"We're very proud of what we created all those years ago with Sierra Online, and today's news about carrying Sierra forward as an indie-specific brand is very encouraging. We look forward to seeing Sierra's independent spirit live on, and are especially excited to see what The Odd Gentlemen will do with King's Quest."

That's right, Roberta Williams' legendary series King's Quest is being remade under The Odd Gentlemen, bringing the mischief and the allure of a grand adventure from the old days into this age. The Odd Gentlemen recently made Wayward Manor with author Neil Gaiman, and are also known for making The Misadventures of P.B. Winterbottom.

"In development by the beloved and quirky studio The Odd Gentlemen, "King's Quest" is a fully reimagined version of the fan-favorite Sierra game fit for both the old and new generation of "King's Quest" players. Huge fans of the original King's Quest series, The Odd Gentlemen are crafting a charming new adventure with an awe-inspiring art style, engaging puzzles, and a wondrous interactive narrative brimming with humor. In the new story, King Graham – revered as the greatest adventurer to ever live – shares his life's adventures with his curious granddaughter, Gwendolyn. It is through these tales that Gwendolyn discovers the true greatness of her grandfather. "King's Quest" is expected to make its heralded return in 2015."

Not to forget, Geometry Wars 3: Dimensions, which will be the first release from the newly revived publisher. The insanely addictive abstract shooter series has not been seen since a mobile version was released in 2010. The original creator of the series, Bizarre Creations, are no longer in existence, but some of the former employees work for Lucid Games, which will be developing the new game. It will be a new evolution of the fast-paced, frenetic Geometry Wars gameplay, and will for the first time in the franchise have full 3D action and cooperative and competitive multiplayer. That comes in addition to a full single player campaign including 50 challenges and over 10 battle modes, five of them being brand new. Geometry Wars 3 is due to launch later this year, but no information regarding what platforms it will be released to has been revealed yet, other than this statement from Peter Wallace, Head of Studio in Lucid Games:

"Thanks to Sierra, we're planning to release 'Geometry Wars 3: Dimensions' on more platforms than ever before, we're thrilled to work with the indie team at Sierra to bring the next generation of 'Geo Wars' gameplay to our passionate and loyal fans, and look forward to seeing you all online!"

This should be exciting news if you have been looking forward to playing more traditional point-and-click adventure titles without having to rely on big releases. As Activision will be using Sierra to port indie and mid-budget titles to both PlayStation and Xbox, as well as through Steam, their new titles will be available on multiple platforms. Let's hope they will come through and give indie games a new platform to grow from, and not turn into just another mistake. I'm looking forward to see what they can do, it is indeed a great opportunity not just for indie developers, but for gamers and Activision themselves. The question is, who will come out of this as winners?

What do you think of this move from Activision? Will you be checking out their new titles once they are out? And what IP would you like to see them bring back to life, if you could choose?