Siege's Server Issues Are Starting to Bitter the Experience 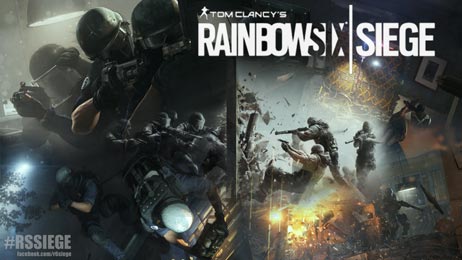 Rainbow Six: Siege was one of my favorite games of 2015. In fact, it got the number one spot on my Top 5 list of multiplayer games I wrote just a few days ago. However, over the last few weeks some issues with the game have been cropping up that are starting to majorly distract from the fun.

Siege isn’t a stranger to server issues. From the time the wide-release beta was announced to the time it closed, players were clamoring on message boards and on social media about load time issues, match delays, and issues connecting to the Ubisoft servers. These issues were rolled over to its official release, where players continued to experience slow servers and troubles with the matchmaking queue.

There is even one issue that seems to be specific to Xbox One, where players get an error code while trying to connect to the game after launching, This has still not been fixed despite it being an issue that’s been occurring since the game’s release. In addition, a few other error codes have shown up, booting players from both casual and ranked matches in progress, meaning they forfeit the in-game currency “renown,” which used to buy new operators, skins, and weapon attachments. Not only that, but players who are booted from ranked play suffer penalties to their placement and when they can queue up, causing even more frustration on top of losing out on renown.

Unfortunately, tensions between players and Ubisoft are now reaching their boiling point. With the recent influx of players due to the holiday season granting more people the opportunity to play Siege, many gamers have noticed an uptick in the time it takes to find matches. Usually, this would be mildly annoying on its own, but compounded on top of the game’s already noted server issues, it’s causing players to flat out quit playing the game until the servers are fixed.

One thing I’ve noticed recently is the inability to play with four people in a party. For some reason, two people is fine, three people works normally, but as soon as a fourth person enters the party, I’m unable to find games altogether. Sometimes, it will match us with the one extra person we need to have a full five-man squad, but then it won’t find opponents. Other times, the game simply sits as a loading screen, causing us to restart the game entirely in order to try again since there is no prompt to head back to the main screen.

This kind of issue is honestly unacceptable for a Triple-A title like Siege. Ubsioft has had loads of problems in recent years with its games, but I had high hopes that Siege would be different since it is a multiplayer-only game, and Ubsioft hasn’t had many issues with their servers in the past to my knowledge. I was wrong.

What annoys me the most about the situation is how little the community has heard from Ubisoft in regards to the connectivity issues. They have posted to their company forums a handful of times mentioning vague technical issues, but this hasn’t been informative or helpful for fans. They also occasionally post replies to threads on /r/rainbow6, but they are few and far between. Finally, today we got some sort of recognition of the issues from Ubisoft, when they said:

Image Credit: /u/Zoxin57 on Reddit​
Still, there is no timetable for when their fixes will go live. It’s frustrating to say the least that my friends and I can’t really play the game we all enjoy and fell in love with without dealing with a ton of connection problems and slow matchmaking times. I know the trend in games lately has been releasing half-finished games and hoping no one will notice and nothing will horribly break (I’m looking at you 343….), but we as gamers and consumers should hold studios accountable for their decisions. I even bought the season pass to support Ubisoft since I enjoyed the game so much, but I'm regretting that decision in light of recent events.