A U.S start-up named Shape Security has developed a new method that could prevent hackers and bots and is now opening up their idea to the world.


The idea behind this new technology is to stop hackers by morphing code. Every time that a new page is requested a, new code is generated. This means that the code changes constantly but it still retains the same look in your browser and the exact same functionality as before. Shape Security is able to detect bot traffic; it does not allow all IP’s in as it manages to stop any automated ones before they enter the site. Meaning that all forms of hacking that rely on automation will be blocked such as account cracking, data scanning, DDoS Attacks and webpage hijacking. 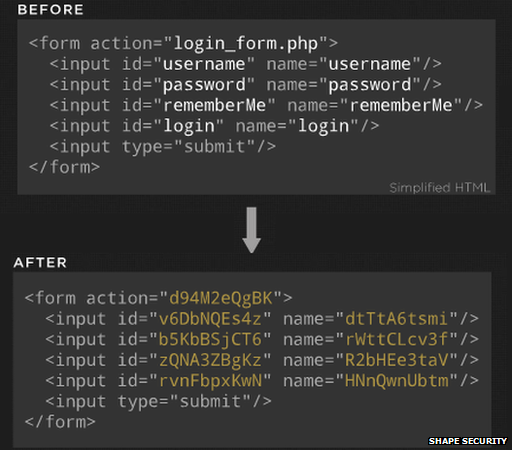 This is an example of the technology.​
As you can see it transforms the code. In the picture they are using a very simple login form. Their technology is able to stop automated hacks, as the bots are not able to see the form. This is one example of the numerous ways that the technology is applied. To sell this product they, have made an appliance that plugs into existing website servers and is deployed in the parallel as it is “the fastest way to deployment.” This allows for any sites to get a hold of this technology and helps decrease global hacking on a large scale. This product was launched as a prototype on Amazon’s Web Services and they plan to launch a cloud service. 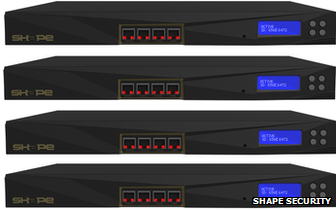 ​
The pricing for this product is still being finalized and they are considering a subscription price as well as a product price. However for the early investors they are making its usage unlimited and have spoke about 7 figure pricing for the largest enterprises. Now the real question is if hackers will be able to find a way around the protection in the future and find new elaborate ways to bypass Shape Security’s morphing code.