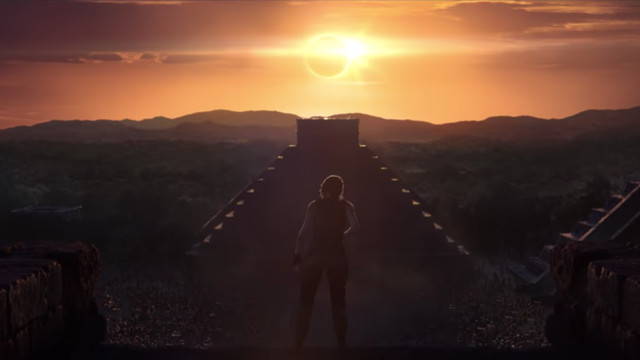 ​
Shadow of the Tomb Raider’s first teaser trailer is out, and it’s what you would expect of a Tomb Raider promo: rock climbing, gun-packing goons, bow and flaming arrow, Lara Croft smacking into some hard surface. It also appears she’s gazing out at Mayan pyramids, suggesting a locale in Central or South America.

And there’s more to come. This 23-second teaser is itself an announcement for an announcement. It confirms April 27 as a “full reveal” date, along with Sept. 14, 2018, as the game’s launch date, which a leak yesterday already identified for us. (The full reveal, according to that leak, evidently means “all pre-order incentives and SKUs.”)