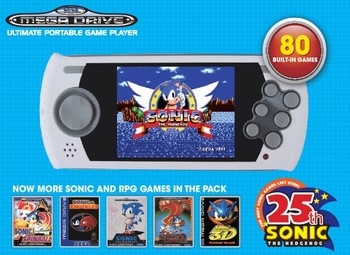 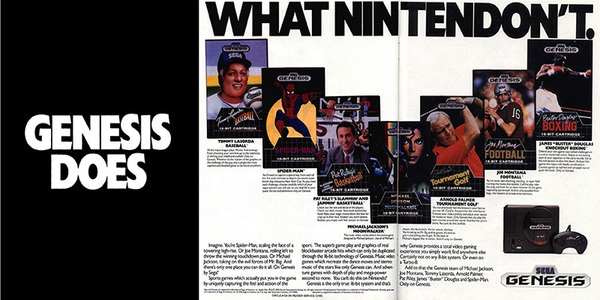 Many gamers have been drowning in nostalgia lately, with many companies releasing huge throwbacks to the golden days of gaming. Nintendo recently announced a micro-console called the Nintendo Entertainment System Classic Edition, which comes with 30 iconic Nintendo classics and is modeled after the original NES. This excited many fans of retro games, and another company soon followed in Nintendo's footsteps. A british manufacturing company will be releasing their own take on the NES retro, called Sega MegaDrive/Genesis Ultimate Retro Games Handheld, which will be releasing to celebrate the 25th anniversary of the Sonic the Hedgehog franchise.

This device will come pre-loaded with 80 games, as opposed to the 30 offered by Nintendo. Sadly it has a pretty small screen, a measly 3.2 inches. It does have LCD display though, which is nice, I suppose. However, what it lacks in screen size it makes up for in overall size and functionality. The device itself is pretty small, and makes for a convenient device for playing games on during long car rides or on your lunch break. As most modern electronics do, it has a built-in rechargeable battery that is charged via USB cable, which will be provided. The most note-worthy thing about this entire device is definitely its SD card port. Using this SD card port, owners can essentially put their own games on the handheld, which supports both .BIN and .SMD file types. So not only do you get the 80 built-in games, but you can load it up with hundreds more games if you wish. You can see a list of built-in games below.

Additionally, another device known as the Sega MegaDrive/Genesis Classic Retro Games Console is also on the way. It is similar to the handheld version, but doesn't have the SD card port. Instead, the console edition features compatibility with actual retro MegaDrive cartridges, just in case you have some kicking around and don't have a MegaDrive, or if you'd prefer to play with the wireless controllers included with the classic console. This micro-console will include both AV cables and an AC adapter, which are both needed to use the device. 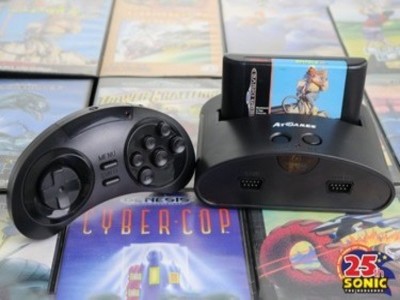 Both of these will be selling for £49.99 each, roughly $65.67. Both are scheduled to release in October, and are currently available for preorder. It's worth noting that the company behind these devices has been making similar consoles for awhile, but these two versions have caught massive media attention due to the fact that they are releasing to celebrate the 25th anniversary of Sonic. This device is not made by Sega, nor is it associated with them as far as I can tell. Sega will be releasing their own games to celebrate the blue hedgehog's birthday, and you can read all about it here.

Will you be getting one of these? Are you a fan of Nintendo, or Sega? Let us know in the comments!