Sega And Atari Micro Consoles To Launch This Fall 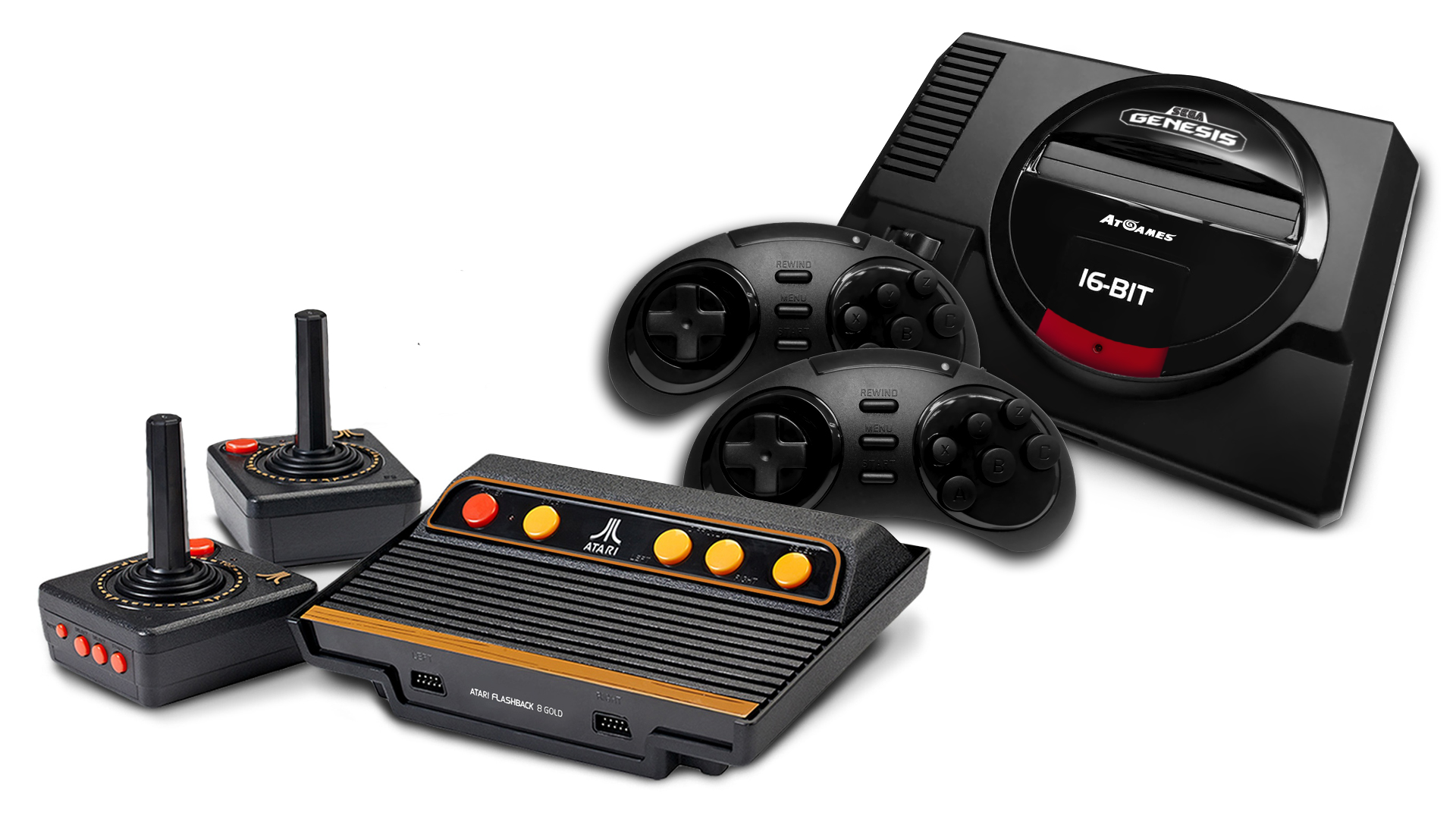 ​
Playing off the popularity of Nintendo's NES Classic micro console, AtGames' has two new retro micro consoles to satisfy your nostalgic heart. Both the Atari Flashback 8 Gold and Sega Genesis Flaskback are set to launch in September of this year.

The Atari Flashback 8 Gold comes with a massive 120 built-in games, two wireless controllers inspired by the Artari 2600, and two ports for wired joysticks and paddles. It'll also support 720p HDMI output, scan line filtering, and rewind, fast-forward, and save functions for every game.

With this micro console, you'll be able to dive back into old favorites like Space Invaders, Kaboom!, Centipede, and many more. Find the full list at AtGames.

The Sega Genesis Flashback sports the same 720p HMDI output, scan line filtering, and game functions as the Atari Flashback 8 Gold micro console. This tiny beauty comes pre-loaded with 85 games, two wireless controllers, and cartridge support. To ice the cake, it will be able to support just about every Sega Genesis and Mega Drive game.

In terms of specific games, you'll be able to enjoy classics like Sonic & Knuckles, Mortal Kombat II and 3, Phantasy Star II, and Comix Zone. Check out the full list on AtGames.

In addition, several other iterations of AtGames Atari and Sega Genesis micro consoles will be hitting stores at the same time. Keep an eye out for the Atari Flashback Classic Game Console with 105 games and wired controllers and the Atari Flashback Portable Game Player with 70 games for on-the-go play. The Sega Genesis Classic Game Console sports 81 games and wired controllers, and the Sega Genesis Ultimate Portable Game Player has 85 of your 16-bit favorites in handheld form.

Official prices and release dates have yet to be announced, but if it's anything like the NES Classic craze last year, they'll be tough to get your grubby gamer paws on. Better start praying to the 16-bit gods now.