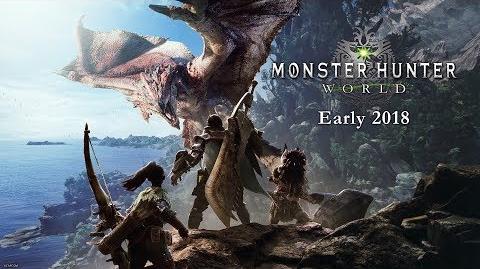 The beta runs from today, December 22, until 9 AM PT / 12 PM ET / 5 PM GMT on December 26 (4 AM AET on December 27). Like the previous beta, it features three quests across two levels. In the Ancient Forest, you can hunt the beginner-friendly Great Jagras and the much more challenging Anjanath, while the intermediate-level Barroth lurks in Wildspire Waste. You can watch footage of us hunting the latter at Tokyo Game Show.

Each quest can be tackled either solo or with up to three other players. However, you'll need to have a PS Plus subscription in order to participate in online hunts in the full game when it releases next month. As before, it seems this beta is exclusive to PS4 owners; Capcom hasn't announced if it will hold a similar beta for Xbox One or PC yet.

Players who participated in the previous Monster Hunter World beta can jump into the second one using the same client they already installed. Everyone else can download the beta from the PlayStation Store. You'll need at least 5.47 GB of free space in order to download the beta.