SDCC 2016: Batman May Finally Be Getting a Live-Action TV Show 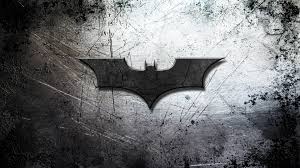 It’s no secret that while Marvel has been making moves and killing it on the big screen, DC has been having an equal amount of success with their popular live-action television shows based on some of their most famous characters. I’m sure some of us are fans of shows like Arrow, The Flash, and even Supergirl, and I know I’m definitely not the only one to wonder when new a new series is going to drop on some of DC’s most iconic characters. Each show has had some sort of cameo or small implication that certain other characters do indeed exist in their respective worlds, but it’s a hard hit to the chest to hear a character imply someone exists, only to never see or hear about them ever again.

With the San Diego Comic-Con event coming up, we can expect to see some major announcements from DC, and some of the networks that host their shows such as FOX and DC. Rumors have begun circulating about what’s going to be revealed at the upcoming event, and boy let me tell you, should these rumors actually come to fruition during the event, SDCC will explode from a full on nerdgasm.

Starting off with Supergirl, rumors have been floating around that Batwoman would take up a recurring role on the show not only as one of Maggie Sawyer’s exes, but the powerful femknight herself. In addition to this, Barbara Gordon will also be appearing on the show in her post-killing joke form as Oracle, the dark knight’s eyes and ears to Gotham City. These rumors have also led to reports that the dark knight himself would be either making an appearance on one of The CW’s shows, or getting his own series himself. Fox currently has the rights to Gotham, but have allegedly approached The CW about sharing the rights to Batman for a fee. This would be amazing to see, whether series or a here and there episodic appearance. There hasn’t been a live-action television appearance of Batman since the 1960’s, and a lot of people have been waiting for one. In order to avoid pissing a whole lot of fans off, if this ever actually becomes a thing, The CW would have to tread extremely carefully with how they portray Bruce Wayne, and most importantly, the Batsuit itself.

One thing that personally concerns me is just how complex the Batsuit is going to be. If it’s too simple like the Flash’s or Green Arrow’s, it’ll be deemed too cheap. Too complex, like Atom’s or Deathstroke’s, and it just doesn’t seem feasible to have for a television show. As SDCC approaches, we’ll hopefully get to see what Batgirl is going to look like, and will hopefully be able to visualize what Batman’s costume may look like, should he ever make an actual appearance.

The CW has also apparently approached John Wesley Shipp, the actor for Jay Garrick on The Flash, about making him a regular across their entire DC universe. According to the rumors, their whole end goal for the year of 2017, is to have a DC-based show every night of the week. With Supergirl, The Flash, Arrow, and DC’s Legends of Tomorrow already in the lineup, that goal is almost complete. With The Vampire Diaries Series finale coming soon, The CW will be looking for a replacement show for their horror-themed Friday nights. NBC’s canceled series, Constantine may be taking it’s place, and after his cameos in The CW’s Arrow series, this just may be the case.

What are you thoughts on these rumors? Which ones are you excited for the most?