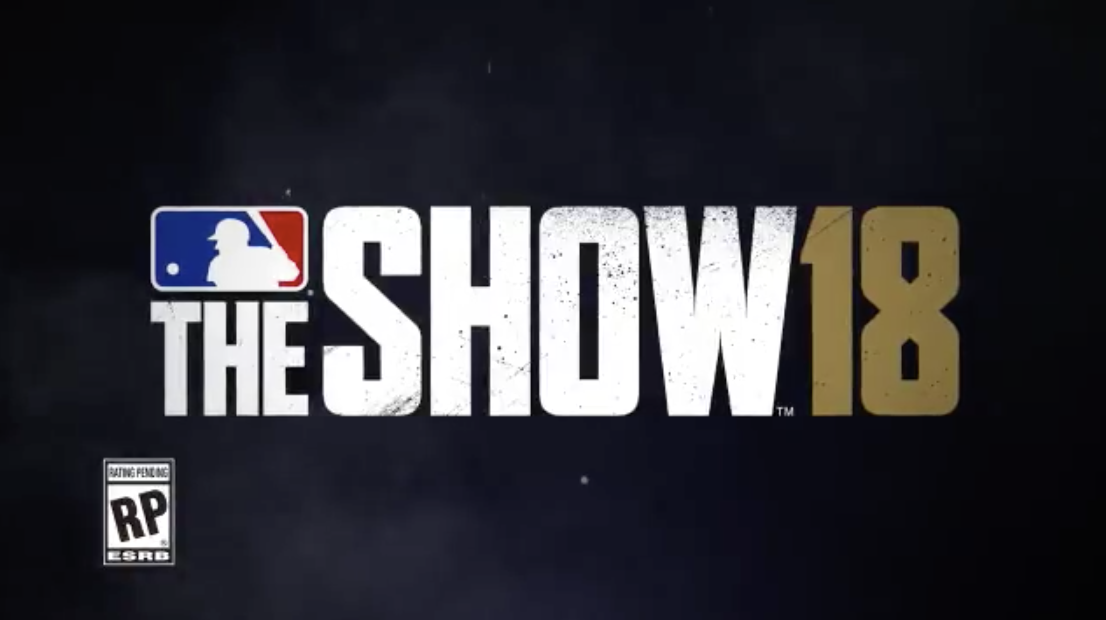 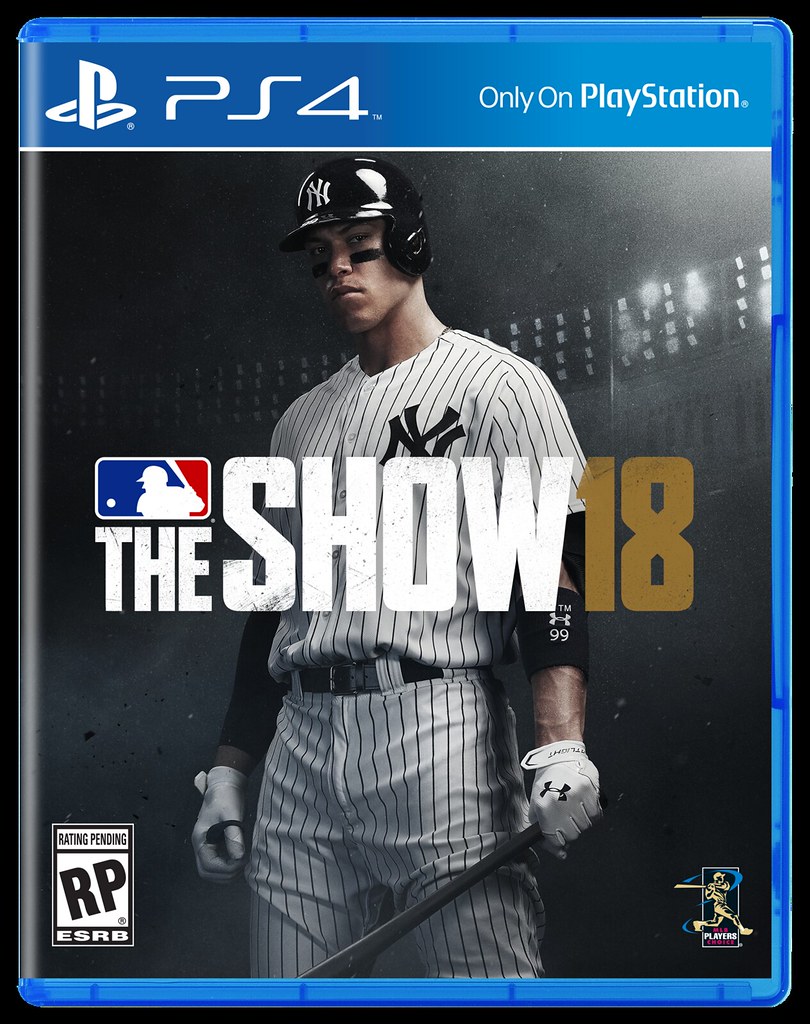 Making his MLB debut with the New York Yankees in 2016, Aaron Judge hit a home run during his career’s first at bat, but this was only the beginning. Judge went on to have a record-breaking rookie season in 2017, was named an All-Star, and won the Home Run Derby, overcoming a brutal 22 homer first-round and hitting a total of 47 throughout the derby. 16 of those with exit velocities of 115 mph or harder and a few 500+ foot blasts.

To add to his already massive resume, Judge has hit 52 home runs as a rookie, breaking legendary Mark McGwire’s MLB rookie record of 49; and also hit 33 home runs at Yankee Stadium, breaking the record of 32 set by legend Babe Ruth in 1921. This rookie is the living, breathing example of Road to the Show – create a player with massive stats and trek on to becoming a legend – which is why we are proud to announce him as the cover athlete for The Show 18.

In addition to The Judge gracing the US cover, for Canadians, we’re happy to announce the exclusive Canadian cover of MLB The Show 18 featuring Marcus Stroman! 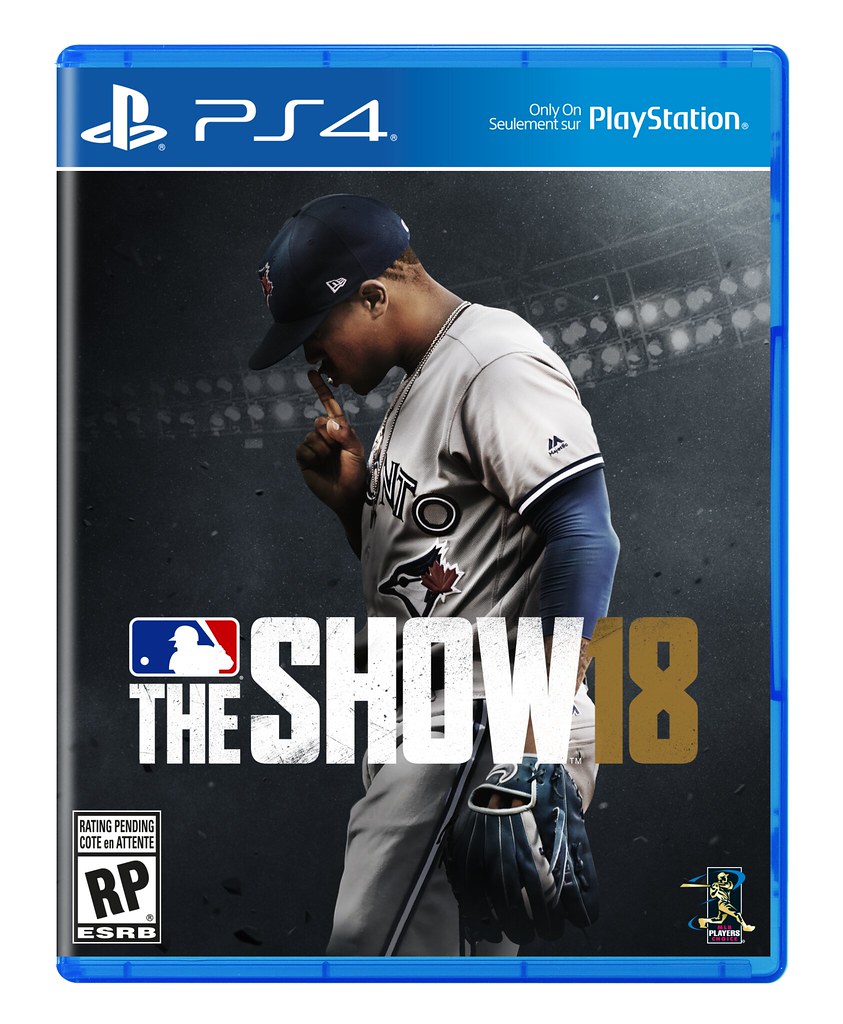 ​
Stroman was drafted in the 1st round in the 2012 Major League Baseball Draft by the Toronto Blue Jays and made his Major League debut on May 6, 2014 and made his first Major League start on May 31, 2014, pitching six innings and surrendered only one earned run on five hits, striking out six and issuing no walks to earn the win over the Kansas City Royals.

A fan favorite, he is known for his grit and determination. He has dedicated his life to overcoming obstacles and showing people that greatness isn’t measured in what others think of you; what’s important is who you think you are and working hard to achieve your goals.


In addition to the pre-order items listed above, pre-ordering at GameStop or PlayStation Store will get you Early Access to the game with our First Pitch Weekend. With this, you’ll be able to pick up or download your copy on March 23, a full four days before the regular release on March 27.

Here’s a handy chart below for the pre-order goods: 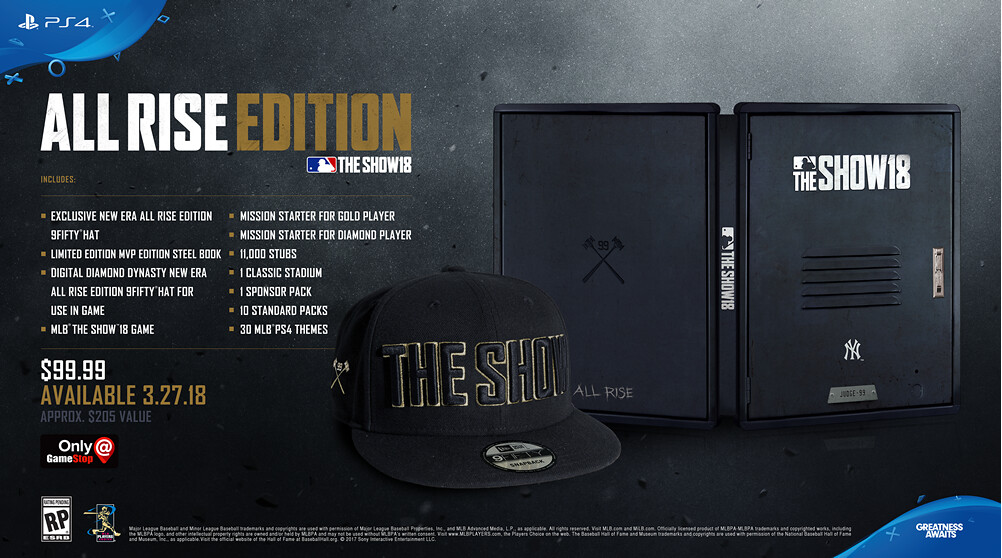 
How about something shiny and new? With rookie Phenom, Aaron Judge gracing the cover this year we wanted to create a collector’s edition worthy of The Judge. To do so, we partnered with New Era once again to create a limited All Rise 9FIFTY snap back cap to commemorate Aaron being on the cover this year. Pre-order now because quantities are extremely limited! The All Rise Edition is $99.99 USD/$129.99 CAD (MSRP), an approximate value of $205 USD.


The gamers’ favorite MVP Edition is back for another year! With an approximate $130 USD in added content – this 69.99 USD/89.99 CAD (MSRP) edition not only includes a ton of digital goods but also the limited edition Steel Book (physical version only). It’s available for pre-order now at retail and at PlayStation Store.


*available in physical edition only.