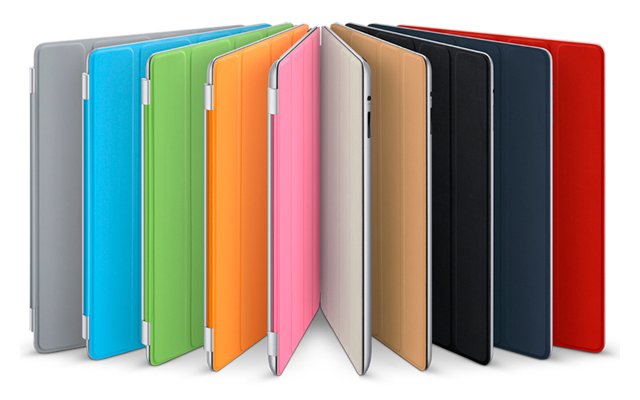 Earlier this week, journalist were invited to the Apple launch at San Francisco which is set to take place on October 22nd. Although not confirmed, it's rumoured that Apple are going to unveil their latest iPad's, the iPad 5 and iPad Mini 2, which are expected to have retina displays, fingerprint sensors, upgraded cameras and improved processors. That's not all! Some fans are also expecting a new line-up of smart cases, after it's thought that the new iPad's will be significantly thinner.​
​
However, before I discuss the possible new smart covers, I'd like to share some of the rumoured specifications. To start with I’m going to discuss rumours surrounding the iPad 5. This device is expected to house the 64-bit A7 chip, which was recently designed for the iPhone 5s. The A7 chip is twice as fast as the discontinued iPhone 5, which will make for a more powerful iPad. The Chinese company who are producing the product suggest that the iPad will just be 7.2mm thick, making it slimmer than the current model.​
​
Less in known about the iPad Mini 2, but it's though that the retina display may be used. However, this may delay production and could be discontinued. Rumours are also circulating suggesting that the device(s) may house the fingerprint sensor that was recently introduced with the iPhone 5s.​
​
Regarding the smart covers, well, this is where things get interesting. The tag line for the Apple Launch reads: "We still have a lot to cover."​ 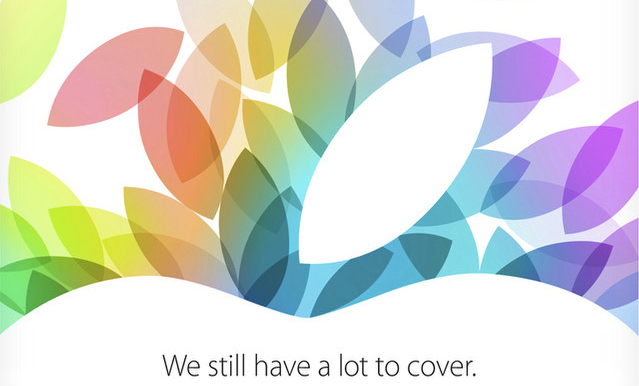 Apple has history when it comes to embedding messages in their invitations. For example, Apple's invitation to the iPhone 4s event, where Siri was first unveiled, read: "Let's talk iPhone." Furthermore, the tag line for the iPad 3 unveiling was "We have something you really need to see. And touch." It's possible that there's no subliminal message within the tag line, however, if the thinner iPad rumours are true, it would be a perfect excuse for Apple to reveal the smart covers.​
​
If we look closer at the invitation, we can see a plethora of colours used. Some reports suggest that Apple may be hinting at the colour of covers available. So, this would range from green to red, blue to purple. We might also see a 'champagne' colour that was recently used as the slate colour on the iPhone 5s.​
​
With regards to shape, nobody is quite sure. Some suggest that Apple may mimic the Samsung S View cover, which was a small see-through window displaying the date and time. On the other hand, Apple might release a keyboard cover; similar to that used on Microsoft's Surface tablet. Currently, Apple rely on companies like Logitech to design and produce iPad-friendly keyboard. However, the company may be keen to start tapping into the market itself.​
​
To throw a spanner in the works, Apple may also be hinting at the iPad colour; rather than case. This would be similar to the recently released iPhone 5c, standing for colour. However, this may be an unwise move by Apple after they recently slashed production by 35%. It's not really know why the iPhone 5c isn't 'taking off,' but some reports suggest the colours used are rather off-putting.​
​
Finally, it's also believed that Apple may launch a new MacBook Pro with a retina screen and, due to memory management and process handling improvements, improved battery life. Also, the company may choose to release their new Mac operating system - OS X Mavericks - that's been available to developers for the past 4-5 months. Only recently did Apple release the GM (Golden Master) version of their new operating system.​
​
So, there's quite a few rumours surrounding this Apple launch, huh? My question to you is: What do you want to see unveiled at this launch? Also, iPad cover or iPad colour? What do you think? Let us know in the comments below.​