Rumor: The Wii-U Has Been Exploited to Run Homebrew Applications

On public forums, next generation console sections are littered with questions regarding exploits on the new consoles, and all have been answered with "no." However, according the MaxConsole's recent news, a user named MarioNumber1 has successfully updated the first known Wii-U exploit, thanks to developers that remain unnamed. This release should be taken with a grain of salt, and all viewers should be skeptical, as it could easily be a method of advertising the website. However, MaxConsole did release a video of Mario Kart 8 gameplay, and the picture seen below makes MaxConsole a little more credible than they would be without such evidence. 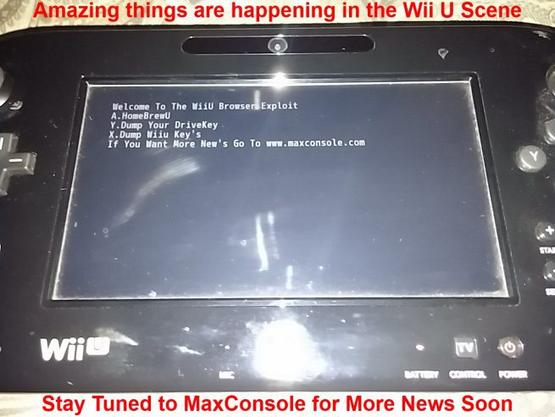 The significance of the picture above is the ability to dump keys, which allows ODE devices to work. In the case of the Xbox 360 console, likely the most popular console to be exploited, the NAND is read and then dumped, along with the keys. Any console is exploitable, and as a result I personally don't know what to think of this teaser. Regardless, the developers remain uncredited, and do not plan on releasing this, which is likely a good thing, as Nintendo would not stand for piracy so early on after the release of the console itself.