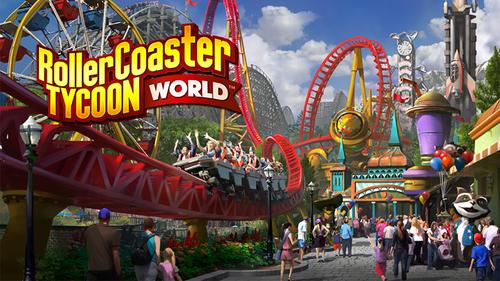 The Early Access version of the game will let you experience the Campaign mode, Scenarios and the Sandbox mode. Players will also have access to the user generated content system. A variety of rides will also be available, including 10 types of roller coasters, 30 flat rides and 4 themes to work around.

Atari have also commented on the current state of the game, backing up the fact that the game is not complete and that it needs help from players to finish.

Yes, there really is much more work we want to do, this isn't about just bug fixing but also adding new functionalities that the game needs. As Early Access progresses, our timeline for release will become clearer.
Click to expand...

We have spent a considerable amount of time testing the game, but at this point it is inevitable you'll be running into some issues as you build your parks, trust that with each quirk or glitch you find and report, it means that there will be one fewer in the final version of the game. So yes, in this current build you will still find bugs, balance issues, missing features, frustration points, and maybe some crashes.
Click to expand...

What do you think? Are you excited for this game to be released? Will you be purchasing the Early Access version of the game through Steam? Leave your thoughts below!