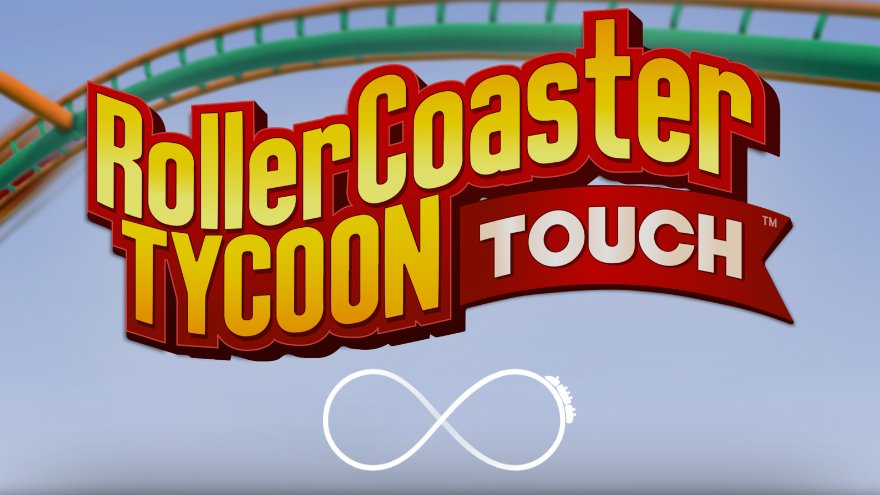 RollerCoaster Tycoon Touch is the latest evolution of the classic park sim series. Launched earlier this year, the mobile game has been a big hit, hitting No. 1 in the free-to-play App Store charts (for a period of time) and subsequently picking up more than 6.2 million downloads and hitting 500,000 daily active users.

GameSpot recently had the opportunity to speak with Atari COO Todd Shallbetter, who told us all about the game's origins, its early days, fan feedback, and a lot more.

Additionally, RollerCoaster Tycoon Touch is getting a number of updates in the coming weeks, including a "full color customization system" that will let players tweak the look of their rides, shops, and restaurants. Another new feature coming is the ability to visit other players' parks, while a "photo booth" mode is on the way that will let you take screenshots of your parks and tweak them further with filters and frames, and then share them on social channels, of course.

GameSpot will have more details on those update soon. For now, you can check out our full interview with Shallbetter below.

GamesSpot: Going back, can you talk about the origins of RCT Touch and what drove your decision to make a game like this? How far back had you been thinking about this?

Todd Shallbetter: RCT Touch has been on our minds for years. It goes back to when we first launched RollerCoaster Tycoon 4 Mobile as a free-to-play game in 2014. That game quickly became popular, achieving the number one ranking in the app store in numerous countries. We knew after releasing RCT4M that we next wanted to offer an advanced, mid-core simulation game that would leverage current mobile tech and modern game design. We partnered with Nvizzio Creations and agreed on a modern vision that would be fully 3D, and utilize a card-based game loop at the heart of the experience. This vision helped us to be laser-focused in our execution.

We now cover a full spectrum of mobile experiences under the RollerCoaster Tycoon brand. We have RCT4M that is a 2D, casual simulation; RollerCoaster Tycoon Classic, a premium app developed by original RCT creator Chris Saywer that brings the nostalgia of the initial PC versions; and now RCT Touch, the more advanced, 3D, F2P simulation which fully leverages the tech available with modern phones and tablets.

What kinds of challenges did you face either technically, operationally, or from a design standpoint with the game at the start of development and how did you overcome those hurdles?

There were many challenges. RCT Touch was Nvizzio's first mobile game, and while the team members had plenty of experience in the mobile space, it was still the first collective endeavor for the team. Luckily, they glued extremely well, understood perfectly what the game would become, and worked relentlessly in cooperation with us at Atari to deliver the game that's been enjoyed by millions worldwide.

From a technical perspective, we've been using Unity, as we believe it’s the best game engine for the project. We've been building all game systems on top of Unity, including connections to a backend, payment systems, card delivery stems, localization, connections to social networks, a full coaster builder system leveraging 3D splines, a complete simulation… it's a huge amount of work that started from scratch. Working on top of Unity really helped the developers move fast, notably with display, controls, and UI.

The response has been huge in terms of player figures. But as a free-to-play game, can you speak at all about how the game is performing from a business perspective compared to what your expectations were?

RCT Touch was in soft launch for several months while we refined the player experience to make sure we had a good onboarding phase, and then enough content to progress smoothly for a long time. Players have been responding very well to this progression system and while we can’t disclose any financials, we can say that RCT Touch has exceeded the mobile simulation category standard KPIs, notably with an incredible long-term engagement. We're very happy with the way the game is performing and it allows us to continue planning for more content and investing in the game.


"Our design philosophy is that in free-to-play, no player should ever be forced to buy" -- Shallbetter on the game's free-to-play business model
​
Free-to-play games sometimes create controversy for how they handle microtransactions. Why did you elect to make it a free-to-play game and how did you go about structuring the game in such a way that players would not feel as if they were being nickle and dimed, so to speak?

Our design philosophy is that in free-to-play, no player should ever be forced to buy. We're not gating content behind paywalls, and in-app purchases are only a way to get convenient features or speed up the game progression. These purchases are completely optional. We have received positive feedback from players acknowledging this which has helped improve long-term engagement.

More generally speaking, what's some of the feedback you've heard from players and how are you addressing that?

We pay close attention to player feedback, leveraging user feedback from reviews, forums, and our Facebook fan page, as well as reviewing data analytics to get the full picture of what people are experiencing.

First and foremost, we are focused on the technical aspect of the game, as there is nothing more frustrating than loving a game and not being able to fully enjoy the experience. We’ve had some challenges since the soft launch period related to speed and memory optimizations, as there are many different devices out there on iOS and Android, and being able to offer an ambitious, full 3D experience for most devices is a big challenge. Our development team spent a considerable amount of time to improve speed and memory management and in our previous update we provided a solution to address many of these issues. Looking at the current user reviews, we are proud of the results, but it will be an ongoing effort to keep players engaged.

Additionally, our players have been asking for more customization options for their parks. We have several updates providing interesting solutions to those players' needs.

The launch of a game these days is often just the start--keeping players engaged is important with all the other games and other competing media forms out there. What's in the pipeline for RCT Touch as it relates to updates and new content?

We have a plethora of ideas, and our goal right now is to deliver more content faster. Our players are expressing the need to further customize their parks as they become very attached to their creations. The last update included a full system of ride and coaster color customization. In our next update, we’ll be offering a layout edit system allowing players to completely change their entire park layout with very simple moves. As people want to share more and are curious about what other players are doing, we’ll also be offering a feature to visit other people's parks as well as a screenshot capture function to shoot, enhance with stickers, and share pictures of their parks on social networks.

After that, we'll have even more to come! We'll be working on competitive aspects with intriguing player corporations (a bit like clans), but we will share more in the near future.

Atari has evolved the RCT brand in recent years with RTC Classic and now Touch. Those have been generally well-received but the new PC game RCT World has faced some criticism. What is the latest there in terms of new update and ongoing support for that game?

We remain committed to supporting RollerCoaster Tycoon World for the long term. Moving forward our focus will be on additional asset generation and bug fixing. We will also continue to support RCTW's Piece-by-Piece system. We are integrating new assets directly into the game making it easy for players to further customize their parks. In our most recent update, we released an Asia pack which users have been enjoying.

The RCT series has a lot of brand power with some age groups but how are you finding it connecting with the younger crowd? Is it resonating as well with people who are completely new to the series?

Indeed! We have many testimonials from players whose kids absolutely adore the game. The theme park resonates well with the younger audience, and the very intuitive, tactile interface works really well with kids.

Kind of a broader question, but what about the RCT series is it that you think has contributed to the franchise's enduring appeal and success? Some other franchises have faded away, but RCT has seemed to endure.

RollerCoaster Tycoon became one of the best-selling franchises in PC game history because the core gameplay of building and managing your own park allowed players to express their individuality and creativity in engaging and fun ways. By creating immaculately precise money-making parks, or simply finding the most extreme ways to torture their peeps, RCT is a playground for players to live out their theme park dreams. Each iteration of the game since the original RCT has built upon the park management sim foundation while creating new and wild amusement park experiences. By adapting the game to new formats, and making sure we respect the core mechanics that make RCT great, we're keeping RCT modern, relevant, and fun.

And looking ahead, do you see PC and mobile as the main platforms for the RCT series? Or do you have any plans to bring the franchise again to consoles or possibly new systems like VR?

We know firsthand that creating a park management sim can be complex, so picking the right platform is critical. We have enjoyed great success on PC and mobile and each platform offers a different type of RCT experience which is something the franchise benefits from. We are not limiting ourselves to only PC and mobile, however, and continue to evaluate other platforms such as console and VR; stay tuned!