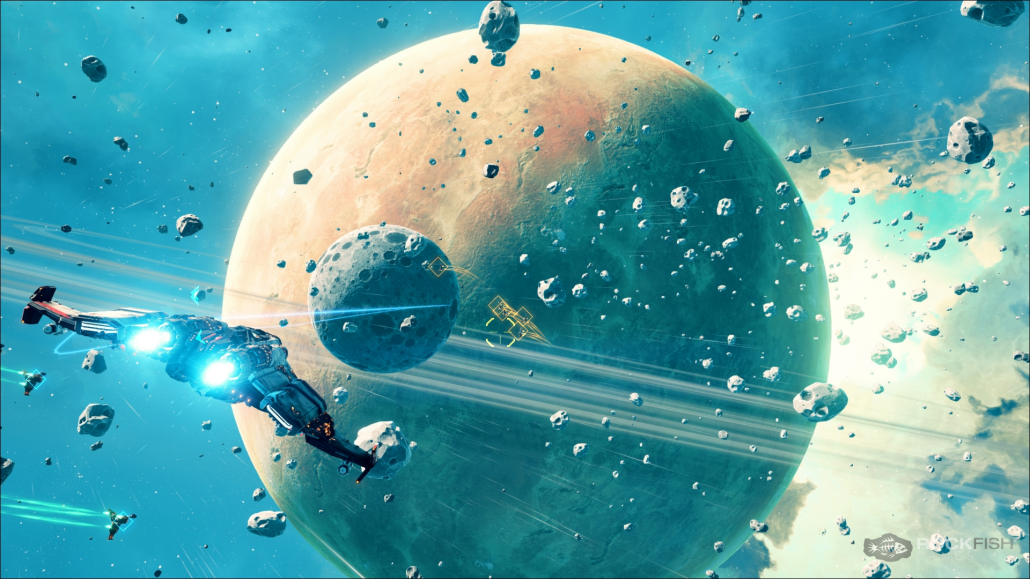 ​
As of lately, it seems that space is the next frontier of a genre for developers to tackle. With games like Destiny, and the upcoming No Man’s Sky, the infinite expanse of space has spawned an interesting genre of its own. The devs at newly-formed Rockfish Games are looking to blast their way into this genre, and development as a whole, with their first game Everspace.

Although the development studio has been recently formed in Hamburg, Germany, the founders have been joint entrepreneurs in 3D graphics for over twenty years. They have also broken ground in 3D mobile gaming for almost a decade. Other than their lengthy and decorated careers in mobile gaming, Everspace will be their very first title making its way to the more traditional gaming platforms. Everspace originally started as a Kickstarter campaign back in August, and has since surpassed its goal of €225,000 by an estimated €195,000. Which was received from over ten-thousand individual backers.


​
This new space shooter is reported to have a nonlinear storyline, and also features roguelike gameplay, meaning that the game will have permadeath. When players first start the game, they will wake up on a massive ship carrier with complete memory loss of who they are and why they’re there. After receiving an order from an unknown character, the main protagonist heads out into the galaxy in search of answers as to who he is and why he is in the this specific star system. Using your ship’s weapon systems, you’ll be able to blast through asteroids and battle against enemy forces, those of which have not yet been revealed by the game’s creators.

Looking to make this game stand out from other roguelike titles, the developers have chosen to weave this increasingly popular feature into Everspace’s narrative, making every death unveil a new piece of the story. Furthermore, each time you travel into space you will be given the opportunity to collect credits that will allow you to buy permanent perks and upgrade your ship to your liking. Besides these main components regarding the narrative and overall campaign, it has also been said that Everspace will have integrated support for VR, and will be running off of the coveted Unreal Engine. It should also be noted that the game will feature both third, and first person camera angles, and is being developed solely as a single player title.

Everspace is expected to launch sometime in 2016 on PC and Xbox One, with the expansion to additional platforms possibly coming in the future.

Credit to Chazay for the topic!